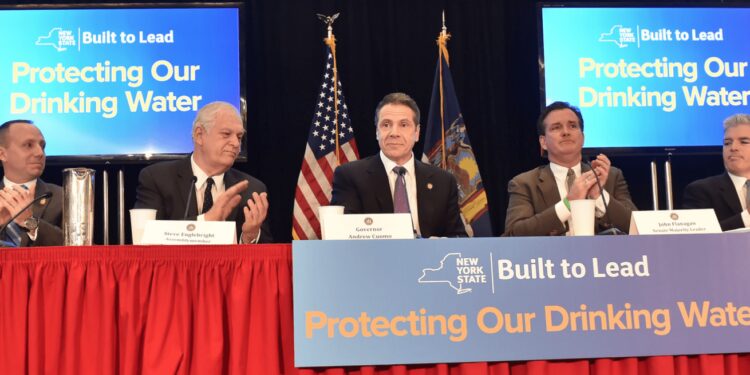 A letter signed by more than 60 environmental advocacy groups was sent to Gov. Andrew Cuomo this week, urging him to increase investment in New York’s aging water infrastructure in his upcoming 2017-2018 budget proposal. Citing studies that highlight the need for prompt action, advocates have exhorted Cuomo to expand on actions his administration has already undertaken to address water infrastructure remediation.

Specifically, state environmental advocacy groups are urging the governor to include an $800 million annual appropriation for the replacement and repair of failing state water infrastructure systems, and to make the Water Infrastructure Improvement Act of 2015 (WIIA) a permanent budget line item. The act, which is due to sunset after the 2017-2018 fiscal year, gives the NYS Environmental Facilities Corporation authority to provide grants to assist municipalities in funding drinking water and sewage treatment works projects focused on improving water quality and protecting public health.

According to a 2012 U.S. Environmental Protection Agency (EPA) report, the cost to address capital investment needs in New York—for projects deemed necessary to ensure that publicly owned water treatment systems meet standards set forth in the Clean Water Act of 1972—carries one of the highest price tags in the nation. EPA estimated that New York will need to invest more than $52 billion over 20 years to address water infrastructure and related health problems, or about $1,609 per head. (New York needs to invest the most in wastewater infrastructure—ahead of California by almost 10 billion—and is third, behind Texas and California, in needed drinking water infrastructure remediation.)

“In recent years,” wrote advocates to Cuomo, “your leadership, in partnership with state legislators has begun to reverse decades of inadequate investment. Resources first made available in the SFY2015-16 budget–and the subsequent doubling of the available funding within the WIIA program in the current budget–has made an enormous difference for communities who may not have otherwise have had the means to repair and replace their degrading water infrastructure.”

“CIC/CAI report findings demonstrate that communities throughout the region cannot do it alone and desperately need the support of New York state to meet this challenge,” said Ross J. Pepe, president of the Construction Industry Council and executive director of the Construction Advancement Institute, in a press release on Nov. 16. “It is vital the state increase Clean Water funds in next year’s budget to $800 million to address municipal needs and enhance our environment, economy and quality of life.”

According to Environmental Advocates of New York, who specifically cited a 2014 report by New York State Comptroller Thomas DiNapoli, “Several studies on the immediate and long-term needs indicate that at least $800 million is needed as an annual investment to repair and replace the state’s complex wastewater infrastructure systems alone, significant parts of which date back more than a century.”

“The United States Conference of Mayors determined that each public dollar invested in water infrastructure increases private long-term Gross Domestic Product output by $6.35,” stated advocates. “The United States Department of Commerce has estimated that each job created in the local water and wastewater industry creates 3.68 jobs in the national economy and each public dollar spent yields $2.62 in economic output in other industries. These benefits are unlocked by the WIIA, which has effectively leveraged other sources of funding to put shovels in the ground.

“However, despite the successes of the program, needs still far exceed available funding. In the Environmental Facility Corporation’s (EFC) 2017 Draft Intended Use Plan (IUP), it is stated that “the demand for EFC’s financial assistance is higher than ever, in part due to the renewed focus on water infrastructure issues, and because of the recent enactment of the Water Infrastructure Improvement Act of 2015. It is expected that, for 2017, EFC will only be able to meet 14 percent of the identified statewide demand.”

“To further that point,” they continued, “a publication recently released by the Construction Advancement Institute and the Construction Industry Council found that less than 30 percent of projects in the Hudson Valley that requested grant funding through WIIA received an award. Additionally, according to EFC data, statewide 50 percent of the projects with completed applications received grant funding. However, these statistics do not include the many communities that we know have water infrastructure needs but have not submitted an application yet.”

“The time for increasing state leadership on environmental issues is at hand, and the Governor and Legislature should double down on this important investment,” said Paul Gallay, president at Hudson Riverkeeper. “We and our partners sampled over 400 locations in the Hudson River Watershed this year, demonstrating the continuing extent to which sewer leaks and overflows are contaminating the waters where we swim, boat and fish. This state grants program is essential to helping communities provide what we all want: clean water.”

“Continued investment in the region’s water and wastewater infrastructure is crucial to the safety and health of our waters,” said Ned Sullivan, president of Scenic Hudson. “For fishing, swimming and drinking and to meet the basic provisions of our environmental laws. These investments will create jobs, fuel and enable the region’s economic growth, and contribute to the quality of life that makes the Hudson Valley a great place to live, work and enjoy the region’s bounty.” 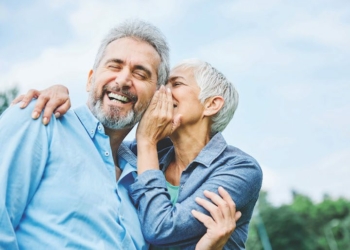