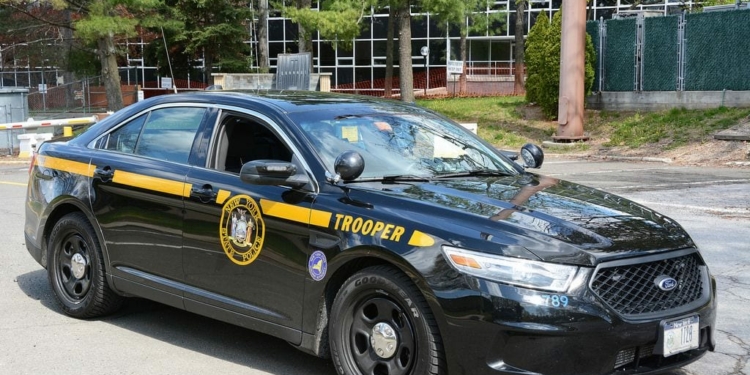 LATHAM – On Tuesday, Aug 30, A vehicle stolen from Erie Boulevard in Schenectady was used in a robbery at a gas station located on Troy Schenectady Rd. 1:42 p.m. State Police were notified of both incidents by the respective law enforcement agencies and immediately started looking for the vehicle.

At 1:58 p.m. Troopers located the vehicle on Henry Johnson Boulevard in the city of Albany and  attempted to stop the vehicle, but the driver failed to comply. After a brief pursuit, the operator, later identified as Kevin G. Hines, 41, of South Glens Falls, exited the moving vehicle, fled on foot, and was quickly taken into custody.  An investigation determined Hines was impaired by drugs.

Hines was transported to the police station for processing. He was charged with criminal possession of stolen property, two counts of criminal mischief, reckless endangerment, unlawful fleeing a police officer in a motor vehicle, obstructing governmental administration, resisting arrest, DWAI – Drugs and multiple other violations of the Vehicle and Traffic Laws. He was also processed for Robbery by Colonie police.

He was arraigned at the Colonie Town Court and remanded to the Albany County Jail without bail.

Warehouse plan moves ahead in Colonie