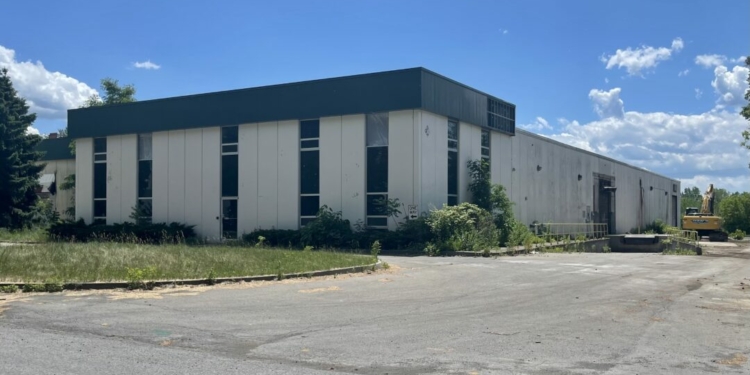 COLONIE — There are a number of co-working offices sprouting up around the Capital District, but an Albany company is spending just shy of $8.4 million to create a co-warehouse/ manufacturing facility at a vacant building on Northway Lane.

Rosenblum Companies purchased the 63,450-square-foot building on 4.4 acres at 6 Northway Lane for $1.8 million and will spend another $5.5 million in renovation work with about another $1 million in ancillary costs, according to documents filed with the Town of Colonie Industrial Development Agency.

The documents were filed in conjunction with an application to obtain $445,000 in sales and use tax relief and another $67,000 in mortgage tax relief from the IDA. It is not requesting a Payment in Lieu of Taxes.

“The application for mortgage and sales tax are necessary in order for us to make the financial model work,” Rosebblum representative Jeff Mirel told the IDA at its last meeting. “We are looking at all avenues to make sure the project can perform it and keep our rents, our member values, affordable for our target audience which will include small business, microenterprise, artists, artisans and makers.”

The company is targeting e-commerce businesses, warehousing, light assembly, craftwork  and professional and technical services. It would address a void created by more people working from home since the pandemic, address a need for the “significant” freelance population in the Capital District and the “historically limited” supply of traditional warehouse space, according to documents.

“The project addresses a gap in flexible, quality, right-sized workspace/warehousing combined with wrap around business amenities that provide opportunities for local/regional startups and small businesses to scale,” according to documents filed with the IDA. “The project will also create several permanent jobs.”

The two buildings that constitute 6 Northway Lane were constructed in the 1970s and was home to a number of industrial activities, the last being Wabtec, which refurbished and tested General Electric turbochargers until 2017. It has been vacant since.

Under the plan, there could be as many as 90 tenants renting space on an as needed basis. The rented space could be 150 square feet or more than 1,000 square feet. Shared amenities include WiFi access, a loading dock, material handling equipment and a kitchen, conference room and photo studio. There will be office space available for rent on the second floor.

Rents will be month-to-month.

All told, Mirel said, the goal is to have about 12 percent of the project to be financed by the public sector, be it the IDA, or incentives from National Grid and the New York State Energy Research and Development Authority.

He said the building will be what NYSERDA calls “carbon-neutral ready” and as such it will operate on electricity rather than expend fossil fuels and that will allow the company to tap into incentives.

He called today’s climate an “interesting environment” to do construction and development. For example, he said, supply chain issues left over from a global pandemic are exacerbated by the war in Ukraine have caused materials to increase by some 20 percent over the past three months.

If all goes according to plan, the complete hopes to complete renovations in the first quarter of 2023. Construction has already begun.

The IDA will conduct a cost benefit analysis of the requested incentives and hold a public hearing next month.

“The board is interested in learning more about the project, in particular the opportunity to help small and growing businesses scale up in a flexible warehouse space,” said Sean Maguire, head of the town Planning and Economic Development Department and CEO and executive director of the IDA.

Old Songs Festival comes back before a live audience this week