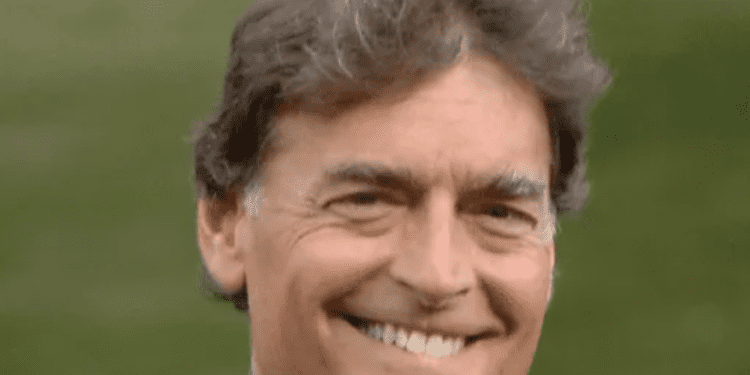 COLONIE — Judge Peter Crummey is in.

The town’s senior judge and administrator of one of the busiest courts in the state turned in the appropriate paperwork on Thursday, vacating his currently position in preparation to make a run for Town Hall. The Republican will run against Democrat Kelly Mateja in November for the right to replace Supervisor Paula Mahan, who earlier this year said she would not see an eighth, two-year term.

“I did a lot of soul searching and through prayer and community support I feel absolutely energized and excited in doing it,” Crummey said. “I am going to be asking the town residents to allow me to go from part time judge to full time supervisor and bring my background and experience to town hall.”

As per state law that limits the political activity of judges, once Crummey formally announced he will run for supervisor, he had to give up his spot on the bench. According to Crummey, Mahan will pick a replacement, with Town Board approval, to serve throughout this year but the candidate will have to run for a full four-year term in November.

The other two Colonie Town Court judges are up for election this year — Republicans Andrew Sommers and Norman Massry. Democrats are running Rebekah Kennedy and David Levy for the two seats.

Colonie was for decades the bastion of Republican strength in the Democratic-dominated Albany County until Mahan unseated six-term incumbent Mary Brizzell in 2007. With that win, the Town Board went to the Democrats and that party has governed the town since. And since 2007, Republicans have tried to get it back.

“My position is we need to provide candidates the citizens can rally around,” Crummey said. “If it means there is one majority over another that’s fine. My take is since 2007, many of the proposals and resolutions seem to pass unanimously. Hopefully, we all are town residents so we can agree to disagree but in the end we do what is best for the town. For me, the motivation is providing the best candidates for the selection process.”

When Mahan announced she would not seek re-election, Crummey was coy about his plans. Jennifer Whalen, a legislator who served on the Town Board, had expressed interest but has since decided to not run for super. Richard Stack, the longtime Albany County Conservative Party chairman, said he was “seriously considering” a run for super but he is expected to abandon that notion without it ever really getting off the ground. Crummey will likely run with the Conservative Party endorsement and Mateja already has the Working Families Party line.

Crummey is far from a default candidate, though. Republicans have floated his name as a candidate for the town’s top spot for at least the last two election cycles but the judge has steadfastly maintained he would not run against Mahan. He comes into the race with solid name recognition and a proven ability to work across party lines.

He has also served for a number of community and civic organizations including the boards of the Shaker Heritage Society, Colonie Youth Center and advisory board on the Colonie Youth Court. He first worked for the town as an Albany Law School intern in 1980.

He said that experience sets him up perfectly for Town Hall.

“First of all want to make sure we are working collectively. I work in a bipartisan manner so I’m hopping everyone wants to join us,” he said.

SPOTTED: Schenectady beats Shaker with a bomb at the buzzer

Eddie Awards back May 2