In Colonie: A car chase, a stabbing and an arrest 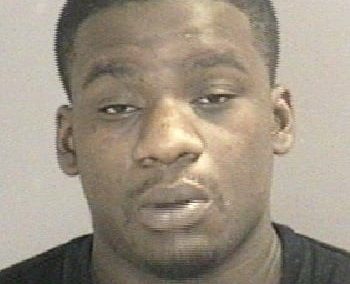 COLONIE — A 21-year-old Colonie man led police on a chase and then was arrested for stabbing another man in the parking lot of the Econo Lodge Motel.

According to Lt. Robert Winn, at about 2:55 a.m. on Sunday, July 25 Patrol Officer Austin Blais attempted to stop a 2014 Ford after the driver pulled onto Central Avenue from the motel without headlights on.

The driver, allegedly Duria Washington, refused to pull over and sped off on I-87 and then east on I-90. The pursuit was called off after it became unsafe to continue, Winn said.

About an hour later, officers were notified of a fight in the motel parking lot. Washington allegedly stabbed Robert Wadsworth, a 21-year-old Albany man who in the last year was arrested on five felonies and 12 misdemeanors including criminal possession of a weapon, burglary, assault and resisting arrest.

The 2014 Ford from the pursuit was located in the lot of the Econo Lodge and the knife used in the stabbing was found nearby. Washington was also allegedly found in possession of over 100 xanax pills.

Wadsworth was treated for a non-life threatening stab wound to the abdomen by Colonie EMS and refused transport to the hospital.

He was sent to the Albany County jail pending arraignment.