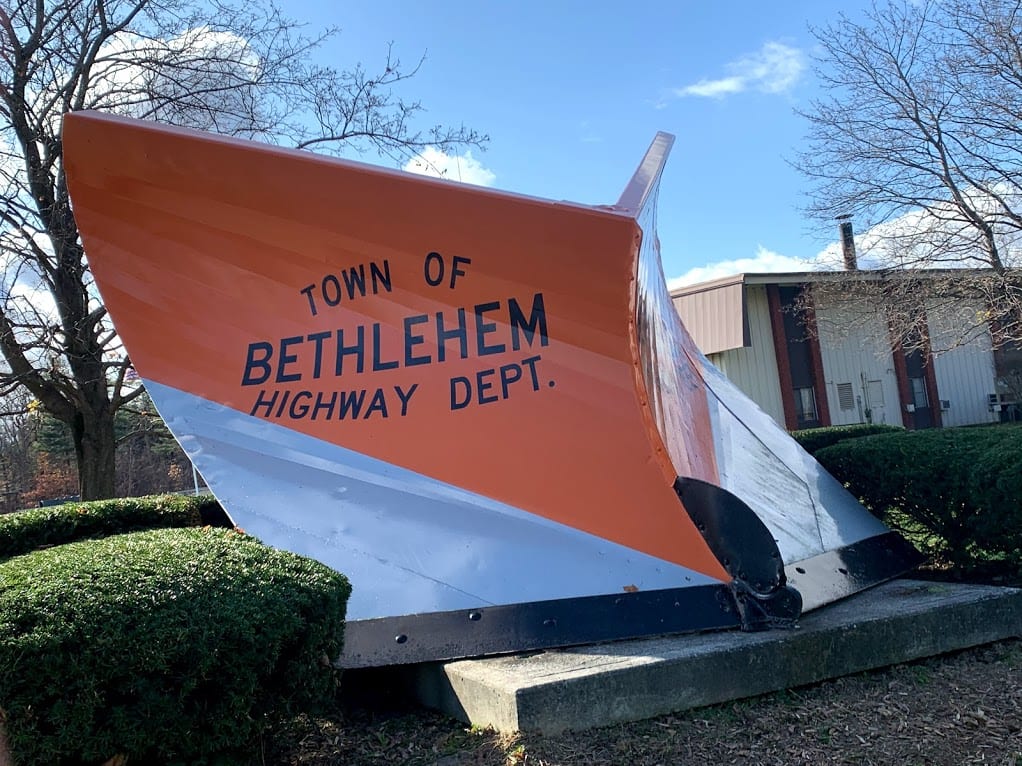 DELMAR — When the Bethlehem Town Board granted Highway Superintendent Marc Dorsey permission to sell off surplus equipment from the old Colonial Acres golf course on July 8, board members didn’t know he already sold it.

The check was already sitting in Town Hall when board members allowed the highway department head to sell the equipment, but that’s not how capital assets are supposed to be sold. The board was supposed to grant permission prior to the transaction. When the town comptroller learned of the $1,800 check, dated June 4, he fired an email off to Dorsey and Town Supervisor David VanLuven.

“Why? Because the process is designed to ensure maximum financial benefit for the municipality,” wrote Michael Cohen, “and not leave ourselves open to questions both internally and by the public about the process.” The comptroller added that these are the procedures the town has followed “without exception” during his 10 years with the town.

“The sale of the equipment by Mr. Dorsey was unfortunate, but I am hopeful that it was by mistake and is an isolated incident that won’t be repeated,” said Town Boardmember Jim Foster.

Foster had initially joked how he coveted some of the items listed for sale during the board meeting. Those items included a pole saw, a hedge trimmer, a chainsaw, a string trimmer, a walk blower and two walk-behind mowers. Also included among the sold items were three ride-on lawnmowers; a 1999 Jacobson Tri-King 1800G, a 2001 Ransome G-Plex mower, and a 1994 National Rotary Tri-Plex mower.

When Foster asked what the procedure was to sell those items, VanLuven said he didn’t know, but understood it was a “complex” one. When Foster followed-up his query with Cohen a few days later, he learned how they were already sold.

“I am extremely disappointed… that Supervisor VanLuven did not bring any of this to the Board’s attention prior to or during the Town Board meeting on July 8th,” he said.

VanLuven said it was a “total oversight on my part” to have the resolution on the agenda. He said he and Cohen were waiting to collect information from the highway department before the board vote.

“We were trying to get the full picture before going to the board,” VanLuven said. “We’ve [since] put together a complete explanation — or as complete an explanation as I’ve been able to cobble together — from his various phone conversations and emails on the topic.”

The 10 items were sold to Pat Blum, former superintendent of the Colonial Acres golf course and now with Northeast Turf Inc, of Troy. Cohen said Dorsey sold the items to Northeast Turf only after several other parties deemed the equipment as “obsolete junk.” The golf course was closed last year after it was obtained by the town in 2016.

Dorsey took over the town’s highway department in January after winning the election over John “Tiger” Anastasi last November. Prior to that, Dorsey had not worked within the highway department. That inexperience may have led to his mistake, Cohen said. In conversation, he said Dorsey didn’t think he needed board approval.

Attempts to speak with Dorsey went unanswered before publication.

Foster said he has no reason to doubt the town received a fair return of value, but he remained critical of VanLuven for not being upfront with the information.

“Regardless of why that happened, it is totally unacceptable and violates the trust we all place in the process and in our elected officials,” Foster said. “Our residents deserve better than that. Our residents always deserve transparency and accurate information.”

In Colonie: A car chase, a stabbing and an arrest