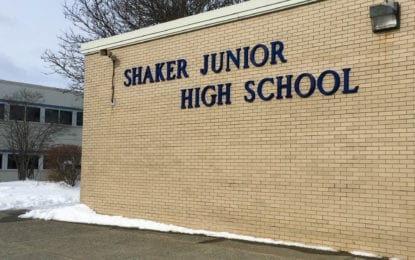 COLONIE – Voters in the North Colonie School District overwhelmingly approved the 2017-18 budget, and the $106.3 million capital project on Tuesday, May 16.

The vote on the bond proposal wasn’t as overwhelming, but still passed by an unofficial count of 2,992 to 1,158, a margin of 72 percent. A $196 million proposal was voted down in December, 2016, and the Board of Education opted to put this proposal to voters instead of a more expensive, $146 million plan.

The money will be used to convert Shaker junior High School to a six to eighth grade middle school as well as update all eight of the district’s elementary schools, expand parking and drop off loops at the middle and high schools, enhance security at all school facilities and install a turf athletic field.

Now that the bond proposal is approved, the district can take advantage of increased state aid that will pick up 69 percent of the project’s cost. If it failed again, the district, by law, would not be able to bring it back to voters until December and would lose out on much of the aid.

The project is necessary, said officials, to accommodate an expected 1,000-student spike in enrollment over the next decade. Work on the high school is still needed but was not included in this proposal.

“On behalf of the Board of Education and our administration, I thank the community for their ongoing support of our students and our families,” said Superintendent Joseph Corr. “I believe both the budget and the capital project will address the needs of our growing district. We are pleased that North Colonie residents voted in support of both initiatives.”

In the one contested Board of Education seat, incumbent Paula D’Orazio was re-elected by a count of 2,175 to 1,699 over challenger Timothy O-Connor.

Shannon McNally’s voice lends hints of where she’s been, but clearly tells where she’s going