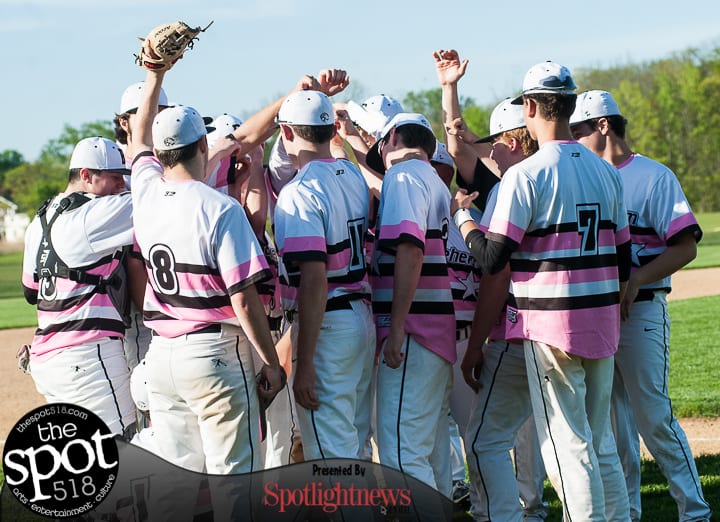 BETHLEHEM – The Eagles won their first sectional game in about a decade by beating Guilderland 3-1 on Tuesday, May 16.

Sophomore Brian Harder went six innings giving up the one run – unearned – and allowed three hits while walking two and striking out four. Junior Arlo Marynczak pitched the seventh and got two pop outs and a strike out to retire the side in order.

Nick Grabek went the distance for Guilderland, giving up three runs on eight hits while walking one and striking out eight.

Errors plagued both teams with Guilderland committing four and Bethlehem committing seven, including three in the fourth which led to Guilderland’s lone score.

Ben Grant went two for three for Guilderland and Max Gebauer went one for three. Josh Howland scored a run.

Bethlehem will now travel to Saratoga on Thursday, May 18.

Guilderland CSD budget and bus prop pass, board too close to call