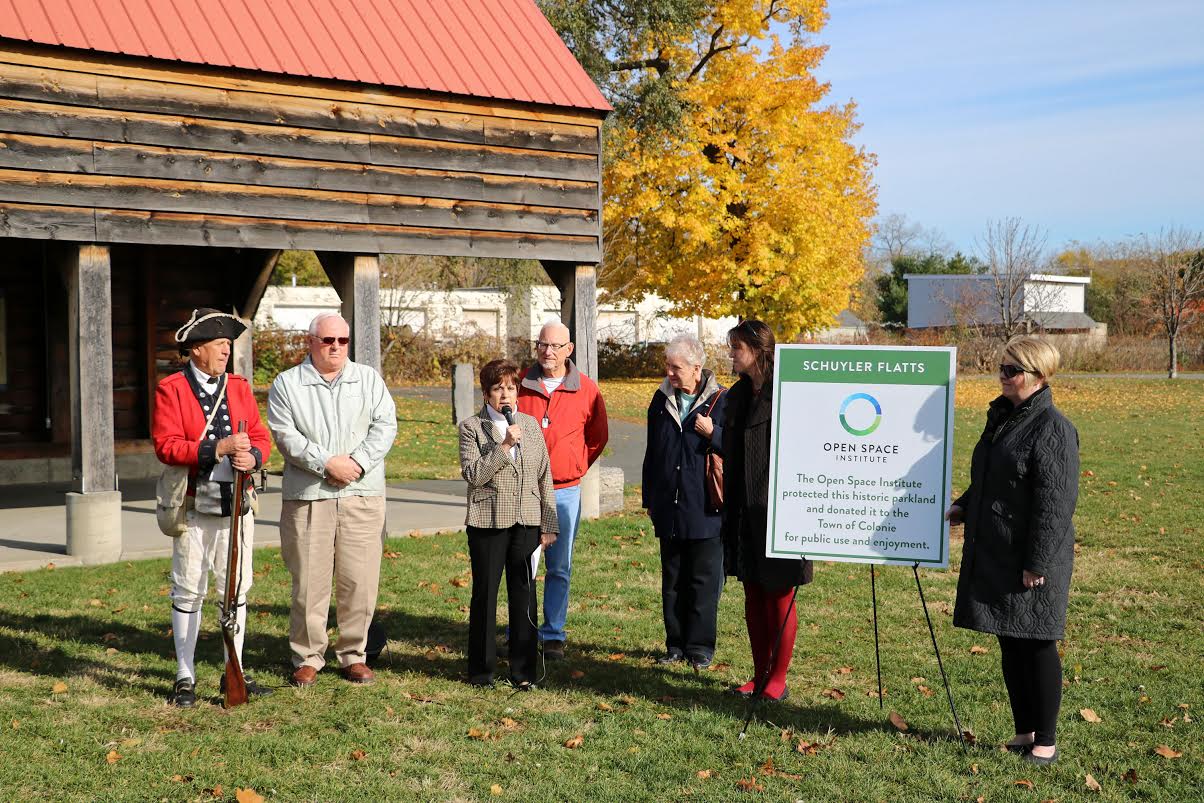 MENANDS — The Open Space Institute donated a 23-acre parcel of Schuyler Flatts Parkland to the Town of Colonie earlier this month.

Colonie Town Supervisor Paula Mahan accepted the donation from OSI during a ceremony held at the Cultural Park’s Pavilion Barn on Thursday, Nov. 10.

“With this gift, OSI has helped ensure that Schuyler Flatts will continue to be a vibrant historical resource for our residents,” Mahan said in a statement. “We look forward to continuing the respectful stewardship begun by OSI.”

The land, which once housed the estate of Elizabeth Schuyler, wife of Alexander Hamilton, is registered on both the New York State and National Registers of Historic Places and is designated as a National Historic Landmark. However, according to a press release, by the 1990s the land was unattended and was the last undeveloped parcel in an otherwise heavily developed area. After a nearly 25 year effort, OSI acquired the land, which is now home to ballparks and bike trails. The donation comes two decades after OSI purchased the historical parcel. Colonie has been maintaining the land for years, and in 2002, made part of the grounds into a park.

The site is home to a vast array of artifacts that represent many cultures, from the native people of New York to former slaves.

“For centuries, Schuyler Flatts has been a priceless inheritance, connecting families to this wonderful landscape,” Kim Elliman, OSI’s president and CEO, said. “OSI is proud to have preserved this this significant and storied acreage, and prouder, yet, to pass it on to the citizens of Colonie for their permanent enjoyment.”

OSI made the transfer as part of a series of celebrated properties it is donating to municipalities across New York. The series will include five properties totaling 350 acres, with a total fair market value of over $3.1 million, according to a press release.