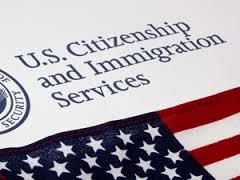 NEW YORK – New York state Attorney General Eric Schneiderman issued a fraud alert on Tuesday, warning immigrants to be aware of potential scammers offering immigration services, preying on the increased fear and anxiety in immigrant communities as a result of the current political climate. In recent weeks, the Attorney General’s office and many legal aid organizations that work with immigrant communities have received an increased number of calls and reported scams.

“In the past two weeks, we’ve seen intense fear and anxiety in immigrant communities. New York has zero tolerance for anyone who would prey on that fear to defraud immigrants and their families,” AG Schneiderman said. “We will use all the tools at our disposal to bring to justice those who commit fraud against our immigrant communities.”

There has been a significant increase in the number of calls to immigration organizations, including inquiries regarding potential fraud. For example, since the election, the Northern Manhattan Coalition for Immigrant Rights has seen a 266 percent increase in the number of daily calls and 250 percent increase in number of daily walk-ins; on November 10th alone, the organization reportedly received over 100 calls. NYC council members, in response, have introduced a bill aimed at preventing non-attorneys from providing fraudulent and/or unauthorized immigration legal services in New York City.

Immigration fraud typically involves individuals or companies who target vulnerable immigrants by providing unauthorized and fraudulent immigration services. It affects large segments of communities from around the state.

On Monday, Nov. 20, Gov. Andrew Cuomo announced a three-fold civil rights initiative: the creation of a State Police unit to investigate reports of hate crimes, an expansion of the state’s human rights law to protect all students, and the establishment of a new emergency legal defense fund for immigrants—the first of its kind in the nation. Lauded by Steven Choi, executive director of New York Immigration Coalition, the immigration initiative will be administered by the state’s Office for New Americans and be run in partnership with major colleges and universities, as well as law firms, legal associations and advocacy organizations.

“This is a huge step for New York’s four million immigrants,” said Choi, “at a time when the Coalition’s members and their constituents face widespread fear and anxiety about the future.” Speaking at an earlier press conference in NYC, announcing the aforementioned bill, Choi said, “President-elect Donald Trump has vowed to deport millions of immigrants and communities are terrified about what’s to come. In such a climate of fear, this opens up opportunities for unscrupulous individuals to take advantage of immigrants by promising relief, permanent residency, or citizenship that they cannot actually provide.”

According to the AG’s office, one of the most common scams right now is unsolicited calls from fake immigration officials. In one instance, a fraudster told an immigrant he was in the country illegally and must immediately pay $1,550. Federal authorities will never demand immediate payment, request personal sensitive information, or threaten you over the phone. If you receive a call like this, hang up immediately and report the possible fraud to Schneiderman’s office via the Attorney General’s Immigration Services Fraud Unit Hotline at (866) 390-2992 or email [email protected]. The AG’s office will never ask for your immigration status or share immigration information with federal authorities if you contact the Immigration Services Fraud Unit Hotline.

Victims of crimes may contact the New York State Office of Victim Services, which funds 223 programs statewide, providing direct services, such as crisis intervention and counseling, to victims of crime, including hate crimes. [quote]Under state law, a person commits a hate crime when one of a specified set of offenses is committed targeting a victim because of a perception or belief about their race, color, national origin, ancestry, gender, religion, religious practice, age, disability or sexual orientation, or when such an act is committed as a result of that type of perception or belief. Hate crimes can be perpetrated against an individual, a group of individuals or against public or private property.[/quote] Those programs also can help any crime victim apply for compensation and other assistance from the agency, which is a safety net for individuals who have no other resources. Individuals seeking help from OVS also can search for a service provider online: https://ovs.ny.gov/locate-program. For more information, please visit: www.ovs.ny.gov.

Schneiderman highlighted key resources for New York’s immigrant communities to seek immigration and naturalization-related support.  Managed by Catholic Charities Community Services, the New Americans hotline is a toll-free, multi-lingual hotline that provides live assistance in receiving immigration and naturalization information and referrals, regardless of citizenship or documented status. All calls to the hotline are confidential and anonymous. Call 1-800-566-7636 (toll-free) anytime between 9 a.m. to 8 p.m. Monday through Friday.

The Attorney General also reminded all New Yorkers of commons forms of immigration fraud to protect them from becoming potential victims:

Unsolicited Calls From Fake Officials: One of the most common immigration services scams are unsolicited calls from someone claiming to be a government official or law enforcement officer that make threats such as deportation. Often times the number on caller ID may look like a legitimate government number. The United States Citizenship and Immigration Services (USCIS)and the Immigration and Customs Enforcement (ICE) will never request payment over the phone, so immigrants should be wary of scammers that ask for any sensitive or personal information, demand payment and threaten deportation if you do not comply.

Notario Fraud: In many Latin American countries a “notario” refers to someone who has the authority to render legal services. Unscrupulous “notaries” who are not attorneys often rely on this misunderstanding to exploit immigrants. They charge immigrants excessive application fees without ever submitting applications to the immigration authorities or may induce deportation by submitting applications for relief for which the immigrant is not eligible for or did not request.

Misrepresenting Legal Credentials: Individuals may falsely claim to be attorneys or wrongly suggest that they are able to appear before the immigration agencies or court. They take advantage of immigrants who will unknowingly pay exorbitant fees for their services. By misrepresenting their qualifications, these individuals can have a detrimental impact on the immigrants with whom they work. For example, immigrants who take advice from and work with these individuals may waive their right to obtain legal residency, be unnecessarily deported, or become subject to civil and/or criminal liability for the filing of false claims.

Fraudulent Promises to Expedite Process: This type of fraud concerns individuals who contend that they know employees at immigration offices who can expedite the processing of their clients applications. Accordingly, they request high fees for this special service, but fail to provide it.

Misinformation Fraud: Under this type of fraud, a provider will typically provide inaccurate or false information to the immigrant concerning his or her eligibility for an adjustment of status under a particular law. In these cases, the immigrant is usually not aware that they have been a victim of fraud until they receive a letter of ineligibility from immigration authorities. The provider knows the immigrant is not entitled to relief, or ineligible, but will file the application with immigration authorities regardless.

Immigration Affinity Fraud: Some providers target immigrants belonging to their same ethnic or racial group. Accordingly, they seek to gain advantage over other providers by claiming to identify with the ethnic, racial, national origin or community-based affiliations of the immigrant group.

Unauthorized Practice of the Law: Individuals may not be licensed to practice law but present themselves as attorneys or immigration law experts capable of providing legal advice and services.

AG Schneiderman provided these key tips to avoid getting scammed:

Additional resources can be found on the Attorney General’s website, including Know Your Rights: Immigration Services Fraud and Don’t Be a Victim of Immigration Fraud brochure. All authorized attorneys will be registered with the New York State Court. To verify an attorney, see here.