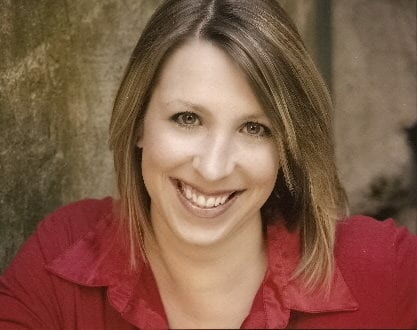 ALBANY — A Bethlehem Central School District artistic director and choreographer said she hopes that her upcoming solo benefit concert on Saturday, Jan. 26 at 7 p.m. at The Egg will help raise awareness of Alzheimer’s disease, an affliction that has affected her family.

Lindsay Dashew, 40, will perform a number of familiar Broadway songs in her aptly-named concert, “In My Life – A Cabaret Retrospective by Lindsay Dashew,” that would illustrate her personal journey since starting as a dancer since she was a young girl as well as her struggles with dealing with some of her family members having Alzheimer’s or similar brain-centric diseases. Such songs will come from musicals including “Wicked,” “In the Heights,” and “Funny Girl” and will also discuss her love for musical theater. “I found songs that fit my storytelling and some were songs I knew I wanted to do, so I had to find some way to make it work,” she said.

Tickets are $15 for adults and $10 for seniors and students, available for purchase through The Egg’s website. It is part of The Egg’s Guest Music Presentations series which has six more scheduled events through mid-May.

Besides directing and choreographing work at the BCSD, Dashew is also the owner and artistic director of the Delmar-based Broadway Bound Performing Arts Academy which caters to performing arts students, in grades K-12, across the Capital District. She has a Bachelor of Fine Arts from University at Fredonia, a Master of Arts in educational theater from New York University, and previously worked as an actress, singer, and dancer in New York City for a decade.

She added that all proceeds from her concert will benefit the Alzheimer’s Association, a national voluntary organization that offers resources about Alzheimer’s care for those who have it and their loved ones.

A common cause of dementia, Alzheimer’s is a chronic neurodegenerative disease where a person typically suffers from short-term memory loss, mood swings, lack of self-care, and issues with communication. Life expectancy after diagnosis is usually three to nine years. As it grows worse over time, the person generally starts to lose touch with their family and friends, and there is no known cure or treatment.

Dashew said that her maternal grandmother had Alzheimer’s, who passed away by the time she was in college, while her father has dementia. “I was certainly old enough to see how that affects the whole family,” she said. “It is something that is near and dear to my heart, and it’s something that my family has a lot of experience with. And I think that raising awareness and having support and research is great … so anything I can do to help that.”

She added that when it comes to diseases like Alzheimer’s that gradually worsen as time passes, “it’s hard because you lose that person before they’re gone.” She recalled how her grandmother first stopped recognizing certain friends and family members, and not recognize her own daughter. In her father’s case, Dashew said he was a high school football coach and while “he still knows who we are now, he just doesn’t interact much anymore. So you can see how that affects not only the person who is living with the disease but also the family members and the people who are close to them.”

When asked if she worries about maybe having Alzheimer’s or dementia one day, she said, “Oh, sure. I think that every time I forget a word, I go, ‘Oh no, is that it?’ But in some ways, it helps inform the way I live — it’s like doing this concert which I’m nervous about. But you only live once and so, I’m going to try these things while I can because who knows what my future is going to look like 20 or 40 years from now. No one ever knows. It’s scary and it’s also out of my hands.”

Despite her family struggles, Dashew said the arts is one way to help raise awareness of something serious and are a great tool to educate “and make you feel about something.” She recalled how she was talking with some colleagues at BCMS last week about the “Hamilton” musical and how children in U.S. History classes did not know who Aaron Burr or Alexander Hamilton was before. “But now, these kids all know exactly how Hamilton died and what his role was in the Cabinet. I think that’s how the arts can educate and inform, and make learning more interesting,” she said.

But with her solo benefit concert, Dashew said that it’s another example of why the arts are integral in the human experience. “I’m hoping people will laugh, cry or feel happy,” she concluded. “It’s kind of a release for people and music is a beautiful storytelling form, and hopefully, people can just sit back and enjoy.”

For more information, visit this link.

More self storage in Glenmont?