Residents looked over and asked questions about one of three plans to address traffic flow at the long-troubled intersection in Glenmont. Diego Cagara / Spotlight News

GLENMONT — Residents were presented with three alternative designs for the upcoming Glenmont roundabout project at an open house on Thursday, Jan. 17 at the Glenmont Elementary School.

The open house, lasting for 45 minutes, first began at 6 p.m. where dozens of locals swarmed around several tables that showed the alternative designs and were able to ask Creighton Manning consultants and Bethlehem’s Planning Division staff questions. A formal presentation followed about each alternative design and their respective sets of pros and cons. This was the second of three planned workshops concerning the roundabout project’s designs, with the first occurring last June.

The $4.9 million project will convert the current four-way stoplight intersection where Feura Bush and Glenmont roads converge with Rte. 9W, into a roundabout to improve traffic congestion and lower the risk of deadly right-angle and head-on crashes which have occurred there. It will also feature new pedestrian-friendly crosswalks, rectangular rapid-flashing beacons, and 2,800 feet of new sidewalk that would lead to Glenmont Elementary School and Vagele Lane. Albany-based engineering firm Creighton Manning is working with the state Department of Transportation and Bethlehem’s Planning Division for this project.

Regarding the sidewalk, Creighton Manning Project Engineer Michael Schauffert briefly discussed that the eastbound Glenmont Road sidewalk to Vagele Lane will not impact any private property, cemeteries, and existing utility poles. Meanwhile, the northbound Rte. 9W sidewalk to Glenmont Elementary School would require the cutting back of some overgrowth trees to make room.

Concerning the roundabout itself though, its three project designs were said to have been influenced by public input from last year’s one, being based on factors including shortening waiting times at the intersection, vehicular and pedestrian safety, truck traffic, and access to nearby local businesses.

As CM Senior Project Manager Stephan Godlewski presented them, he assessed each one based on several criteria like how it would ideally fare in the long run through 2040, and if it reduces intersection traffic. He showed a digital traffic simulation too which predicted how rush hour traffic would look like at the intersection per design. He also highlighted how the red ring within the central roundabout is designed to allow bigger vehicles like trucks and buses to partially drive on as they travel within the roundabout, so that they do not suffer from space constraints.

Instead of having a roundabout, this would have a so-called improved stoplight intersection and include new northbound and southbound turn lanes, more westbound left and right turn lanes, two new crosswalks at the intersection’s north and east sides, and the replacement of the stoplight itself. Partial land properties from the Glenmont Centre Square, CVS, and Price Chopper would be impacted for the project’s right-of-way acquisition.

Godlewski estimated that in 2040, the intersection would see an 80 percent reduction in traffic waiting time, and a 23-second delay per vehicle. He also explained that his fellow engineers used a “ranking system from A through F — think about it like a kid’s report card, with A being the best with the least delays, and F with the most delays,” and this design’s operational value in 2040 was rated a C. In terms of safety, it benefits from having the added crosswalks and would not slow vehicular traffic. However, the crosswalks are longer overall which stretch from 50 to 70 feet — the longer the crosswalk, the more vulnerable a pedestrian is to a speeding vehicle — and right-angle and head-on vehicular crashes remain a possibility.

This design does have a roundabout but with single lane exits and entrances, and rectangular rapid-flashing beacons at each crosswalk to alert drivers of walking pedestrians. “The exits on the roundabout tend to be where the vehicle is leaving the circle and accelerating, so the single-lane exit where there is a crosswalk is where the pedestrian is most vulnerable and where the driver is less apt to yield to them,” Godlewski pointed out. Only the CVS and Price Chopper will be impacted here.

It is predicted that in 2040 that the intersection would see just a 15 percent reduction in waiting time, and a 98-second delay per vehicle; the design’s operational value in 2040 scored an alarming F. “So really, it operates the worst in terms of the projected years,” Godlewski said. “There’s only so much movements that can occur when there’s just a single lane across.”

Regarding safety though, it benefits from having new, shorter crosswalks that stretch 16 feet at all corners, including rectangular rapid-flashing beacons, and it would see a 78 percent reduction in having severe crashes. It also slows approaching vehicular traffic because of its curved entrance lane design.

This design has single-lane exits, double-lane entrances, rectangular rapid-flashing beacons at each crosswalk, and would impact CVS, Glenmont Centre Square, and Price Chopper too.

In 2040, it is predicted to see an 87 percent reduction in waiting time and just a 14-second delay per vehicle at the intersection; its operational value for 2040 scored a B. It benefits from having new, short crosswalks that stretch from 17 to 34 feet, including rectangular rapid-flashing beacons, a predicted 78 percent reduction in severe crashes, and it does slow approaching vehicular traffic because of its curved entrance lanes.

Godlewski said, “Based on all our assessments and data received and our engineering judgment, the alternative that best meets everything is Alternative 3. It’s going to operate the best, it’s got the best safety, especially when you balance everything.”

Creighton Manning plans to continue examining these three designs and meet with the trucking industry, with another public presentation set for sometime in the fall of 2019 where more public input can be given. “The detailed designs is where we’ll get to the nitty-gritty aspects like where exactly that curb is, how high is it going to be, where is the water going to go, and where is that tree going to be,” Godlewski said. The project would then be advertised to potential contractors shortly afterwards and there would be another public meeting in the winter of 2020. From there, construction is slated to commence in spring 2020 and end in spring 2021.

Godlewski added that information about the Glenmont roundabout project would be uploaded to Bethlehem’s town website’s Development Projects page in the near future but did not disclose an exact date. 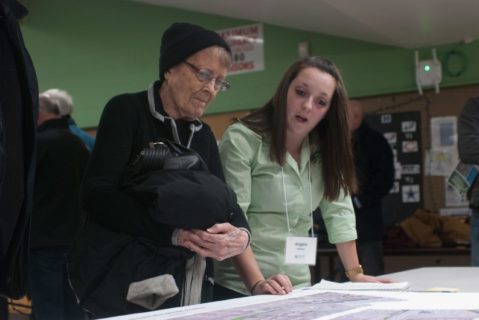 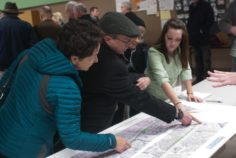 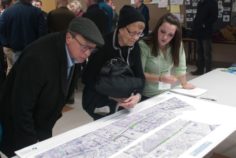 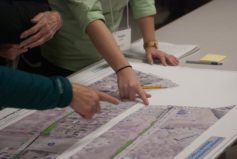 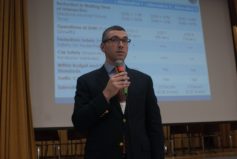 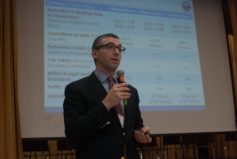 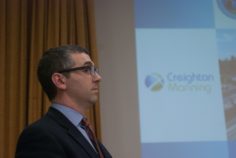 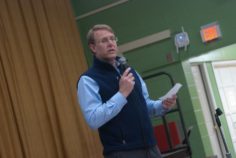 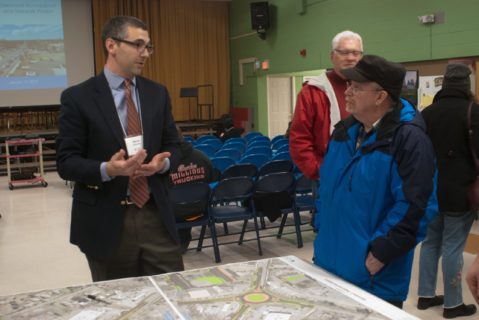 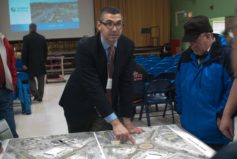 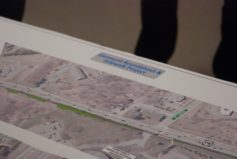 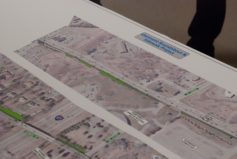 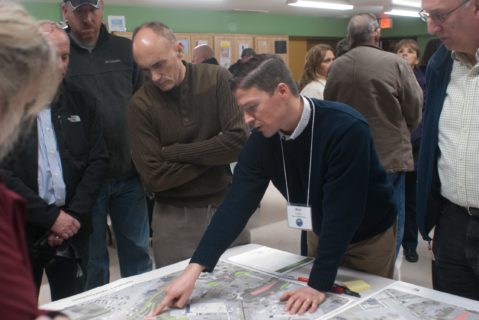 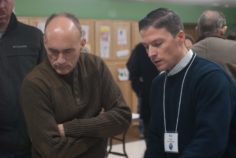 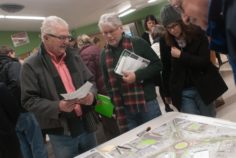 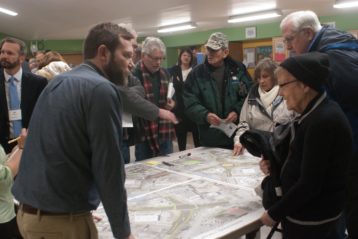 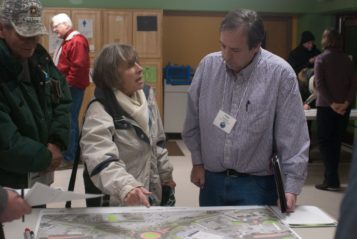 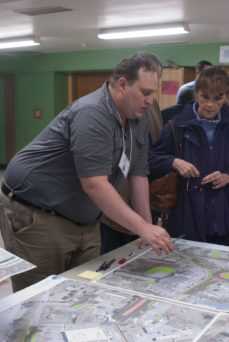 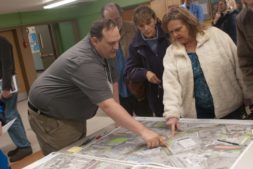 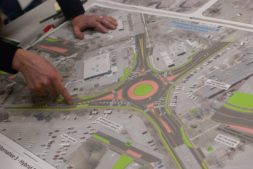 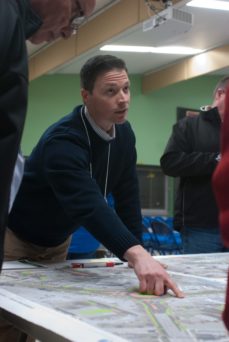 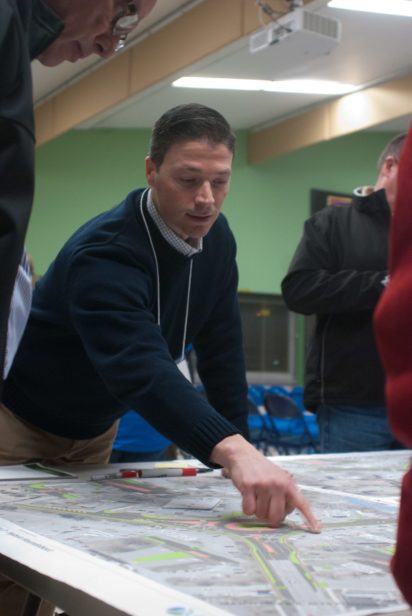 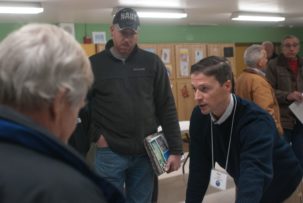 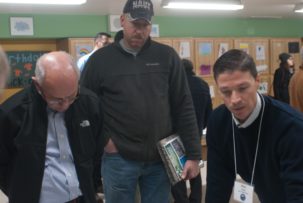 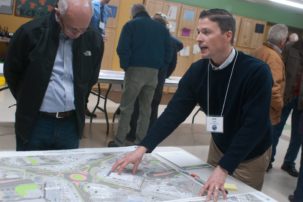 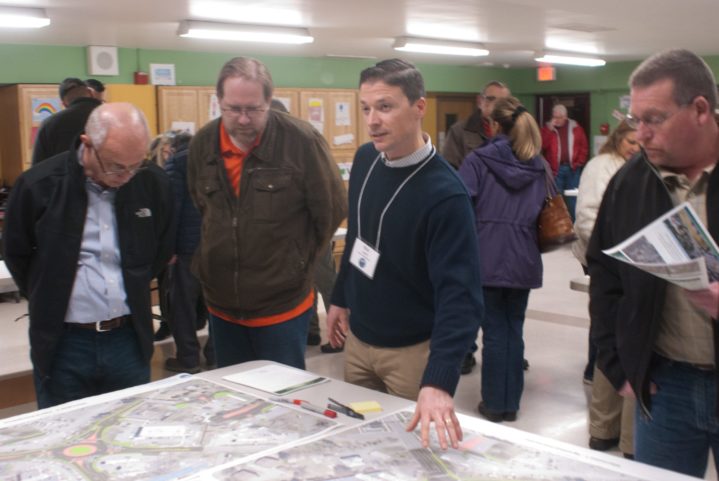 Town super: Bethlehem is a ‘place of hope’