More self storage in Glenmont? 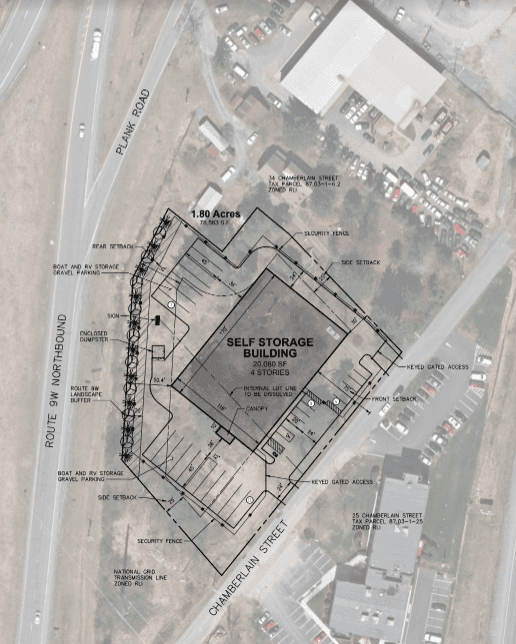 GLENMONT —  The Bethlehem Planning board expects to review a proposed, four-story, 80,240 square-foot building located off of U.S. Rte. 9W in the near future.

The proposal was first presented before the town’s Development Planning Committee on Thursday, Dec. 20 and then brought up by the town’s Planning Division Director Robert Leslie during the Dec. 21 Industrial Development Agency meeting. However, there is no confirmed review date yet. Leslie said, “This is something not IDA-related but it’s nevertheless commercial property in town.”

The project’s engineer is listed as Vanasse Hangen Brustlin Inc. or VHB from Albany, while the developer is Albany-based agency Tri Capital Realty, LLC. The latter had previously proposed three apartment buildings to be located by the intersection of New Scotland Road and Kenwood Avenue in Slingerlands. That project was met with much opposition from residents who believed it would harm the nearby historic Slingerlands Family Burial Vault which was built back in 1852 and not cohesively match with the surrounding town’s visual aesthetics.

Planned to be erected on 28 Chamberlain St., a dead-end street in Glenmont, applicant and contract vendee Thomas J. Burke proposed that the self-storage building would be built on 1.8 acres, and have a 20,060-square foot footprint with 14 parking spaces as well as 18 boat and RV storage spaces, according to town documents.

Other features include security fences and two key-only gate entrances.