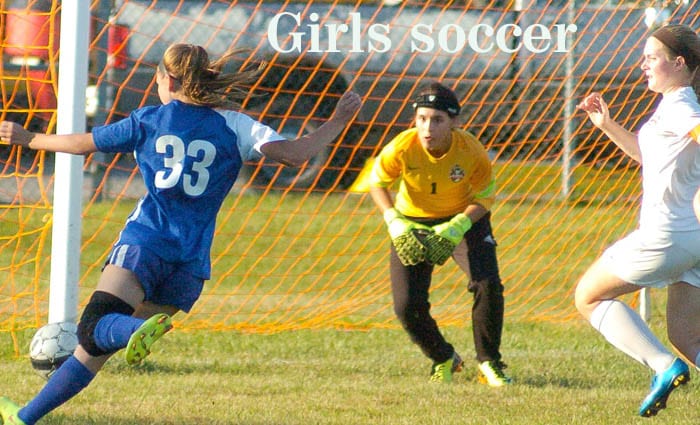 The Colonie girls soccer team posted the biggest upset of the day when it knocked off Shenendehowa — the state’s No. 5-ranked Class AA team — 3-2 Tuesday, Sept. 27, in a Suburban Council game.

Ianah Mackey scored twice in the final 10 minutes of the first half to put the Garnet Raiders (5-4-0) in the lead, and goaltender Victoria Weidman made nine saves to make the one-goal advantage stand up.

Kendra Harbinger scored less than five minutes into the game to give Shen (8-1-1) a 1-0 lead. Devanee Baskerville tallied a short time later to tie the score at 1-1, but Jenn Kirker scored with 25:26 left in the first half to put the Plainsmen back in front by a goal before Mackey went to work.

Grace Hotaling tallied and assisted on Olivia Miranda’s goal to help Bethlehem (4-5-1) grab a 2-0 halftime lead against Niskayuna, the state’s No. 10-ranked Class AA team. The Silver Warriors (10-0-1) roared back in the second half behind two goals from Olivia Piraino and a goal from Ericka Wasserbach.

In Guilderland, Cara Mortati and Kerry Gerety scored first-half goals to help the Lady Dutch (3-4-3)  jump out to a 2-1 halftime lead against Saratoga (7-1-2). Emily Turner scored the tying goal for the Blue Streaks in the second half.