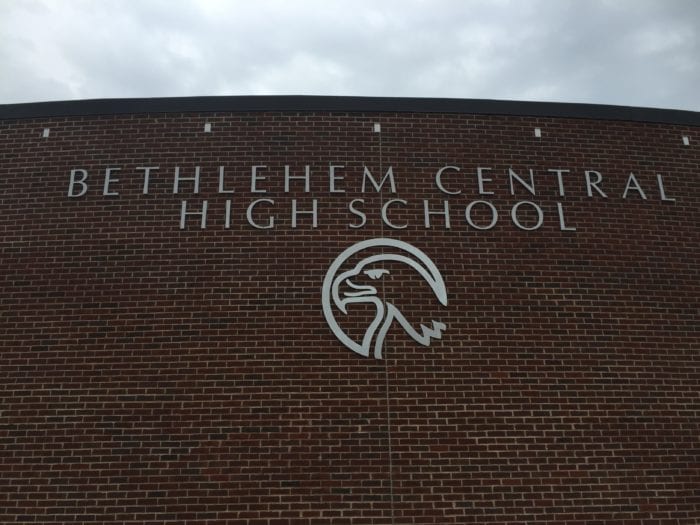 LATHAM — Both the Bethlehem Central School District and Scott Landry, the high school principal it placed on leave back in May, are expected to settle sometime today.

Both sides are currently sequestered in a private meeting room as they discuss. Neither party is expected to leave the building today until an agreement has been established. No terms have been disclosed as of yet. However, once both sides agree, the settlement is not official until Bethlehem Central’s board of education accepts the terms.

Landry has been on leave from his role as Bethlehem Central High School principal since the school district allegedly reacted to a series of emails between the administrator and potential clients for his private consulting business.

Landry had attended a Capital District-wide job fair as a representative of Bethlehem Central prior to being placed on leave. He reportedly obtained a mailing list of people looking for jobs. Soon afterwards, he had sent emails out to those people, offering his insight and coaching advice for a fee to help clients land prospective jobs in education. Immediately afterwards, Bethlehem Central received complaints about the emails.

Landry has maintained his innocence, claiming that he had done nothing wrong by sending solicitations for his consulting services. The school district has previously declined comment.
Both parties started a hearing under education law earlier this morning, Sept. 28 at Capital Region BOCES in Latham.
We are at the hearing and will post an update later today.
Tags: Bethlehem Central School DistrictScott Landrysettlement
ShareTweetShareShare
Previous Post

UPDATE: Settlement to go before BC’s board of ed tomorrow