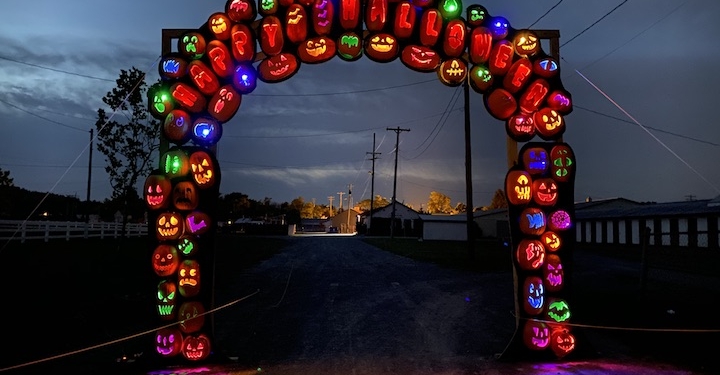 TROY — Local DIY music collective Built4BBQ hosts its second Halloween at the Hangar hootenanny, serving up six spooky sets for 10 bones at the Hangar on the Hudson in Troy, on Friday, Oct. 28, at 7 p.m.

Convened a decade ago by local musicians banding together in the name of good tunes and good times, Built4BBQ lies mostly dormant in the 2020s but can never truly die. The crew of bands works together to record and press their own music, print their own merchandise, and promote their own shows — including a long-running series of “Whole Hog Halloween” parties stretching back to the days of Valentines Music Hall. As a label, B4BBQ has released more than a dozen albums and EPs by some of the Capital Region’s finest in punk, blues, and rock ‘n’ roll. For more information, music, and a bit of a local music time capsule, visit www.built4bbq.com.

More on the bands:

Striking fear into the hearts of audiences throughout the eastern seaboard, Kimono Dragons bring their Godzilla-sized sci-fi surf-punk to the party. Fuzz, reverb and a thunderous rhythm section collide into a tidal wave of instrumental glory.  kimonodragons.bandcamp.com.

The alter-ego of Albany songsmith John Pipino, Henry’s Rifle is pure fire ‘n’ brimstone country-blues. With a battered six-string banjo, a scorched holler and a pair of boots stomping on an old suitcase, Henry’s Rifle conjures up heaven, hell and all the American ghosts haunting the barrooms and plow fields in between. henrysrifle.bandcamp.com

A celebration of all things fast, loud, and dumb, Troy ska-punks Girth Control are still joking after all these years. The dudes have beer-bonged their way around the northeast since 2014, cranking out a full-length album, a 14-song 7”, and a series of seasonal singles including the spooky Halloween hit “Zombies Stole My 40”. girthcontrol.bandcamp.com

Trucking in from Buffalo, Do It With Malice formed way back in 2004 and recently returned to the stage after a ten year hiatus. Experty mixing ska and punk like butter and Frank’s Red Hot, it’s a classic, spicy, and delicious blend that goes with everything. http://doitwithmalice.bandcamp.com

The Hangar on the Hudson is located at 675 River Street, Troy NY 12180. Cash and costumes are encouraged. Find more at thehangaronthehudson.com.

Colonie Prop. 2: Would increase length of terms in Colonie