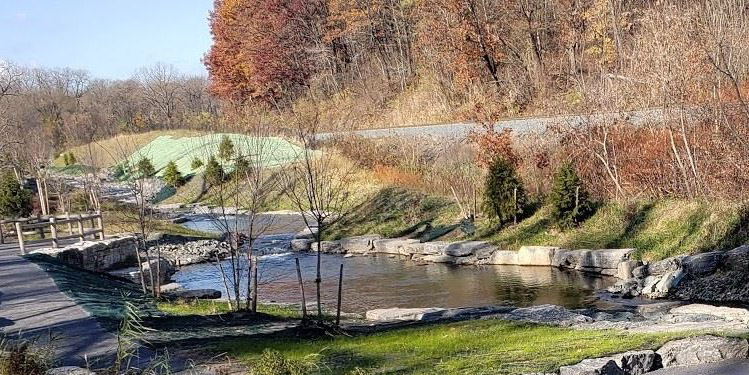 ALBANY — The Capital District Transportation Committee is funding a study that could lead to an 8-mile trail that would allow people to bike and walk along the city’s historic Patroon Creek.

The Patroon Greenway was first identified as a trail concept nearly two decades ago and subject to a 2004 report by the same name. The CDTC followed that report with its 2007 Tech Valley Trails, adding additional support, but little was done. The trail concept was later identified as a “core trail” in yet another study in 2019.

Patroon Creek is a stream that flows from Rensselaer Lake along the northern border between the City of Albany and the Town of Colonie to the Hudson River. The creek has been mostly buried by urban development dating back to the 1800s.

There have been recent efforts to open up the stream. The Tivoli Lake Preserve, into which the stream flows into, is one of the largest urban parks in the state after Central Park in Manhattan and Albany’s Normanskill Farm. All 80 acres of the park was established as a preserve by then-Mayor Erastus Corning II in 1975.

A $3 million daylighting effort freed 1,500 feet of the Patroon Creek in the preserve last September. The process involved removing a large pipe and creating a stream corridor in its place.

The 90-year-old clay pipe was deteriorating and contributing towards local flooding. The new stream has now helped create a natural habitat for various species of aquatic life and pollinators.

The concept trail would connect to the Six Mile Waterworks Park, allowing bicyclists and pedestrians to travel from downtown Albany to the Pine Bush Preserve. That would connect Tivoli Lake Preserve and Albany Nanotech with the anticipated Albany Skyway project. Other commercial and institutional destinations, such as New York State’s Harriman Office Campus and the University at Albany, would benefit as well.

CDTC has contracted Bergmann Associates, in partnership with LAndArt Studio, to complete a feasibility study. The project could be completed as early as April 2022.