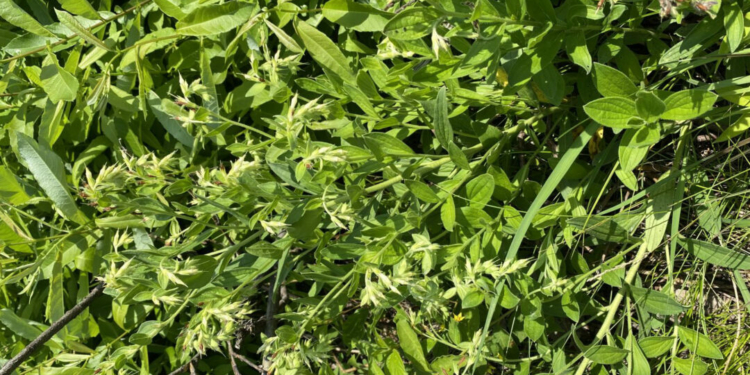 ALBANY — Last week, the Albany Pine Bush Preserve rediscovered a state endangered plant not seen since the flapper days of the Roaring ‘20s.

Lithospermum virginianum, otherwise known as Virginia marbleseed, was located in the preserve but was last documented in 1923. The plant historically grew in the “Karner” hamlet of Albany, but it has since been considered endangered in New York state.

Two individual plants were recently found at a site within the preserve that has undergone significant habitat management in recent years. According to New York Natural Heritage Program records, the plant is currently known from only one other location in New York in Dutchess County. The recent find now boosts the statewide population to 22 plants.

Jesse Hoffman, a botanist at the preserve, called the nature of rare plants like Virginia marbleseed is that “you never find them.”

“This is a really exciting find,” she said. “I’ve been searching for rare plants for most of my career and it tends not to be very gratifying. The nature of rare plants is that you almost never find them. To have discovered a state endangered species that hasn’t been seen in 100 years … it’s just amazing.”

Factoring into the difficult find is how the plant presents itself while in bloom. Hoffman described the plant as something less demonstrative than other flowers.

“It definitely has a certain charm,” she said, adding that the marbleseed moniker derives from its hard, shiny, white seeds that resemble stone. “The spiraling flower buds and long styles look unusual and that coupled with the leaf venation make the plant stand out.”