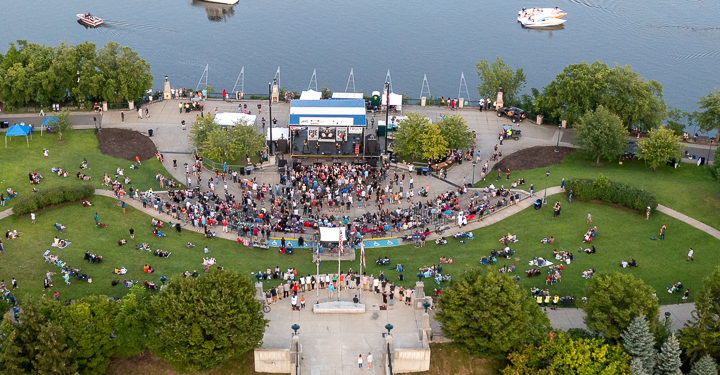 ALBANY — Finally, during the last Alive at 5 of the season, fans were able to see bands play at Jennings Landing along the Hudson River instead of under the bridge.

Joe Mansman and the Midnight Revival Band opened up for Warrant, the 80s “glam metal” band on its Cherry Pie 30th Anniversary Tour — named after one of its most popular song — on Wednesday, July 28.

Warrant has sold more than 10 million albums and had nine charting singles on the Billboard Hot 100 including the No. 2 ballad “Heaven.” Joe Mansman has a new album, Renegade, released in March.

The concert ends the season abbreviated by COVID-19. The first show of the free concert series was cancelled because of torrential rain accompanied by thunder and lightning and the next three were under the 787 bridge because rain.