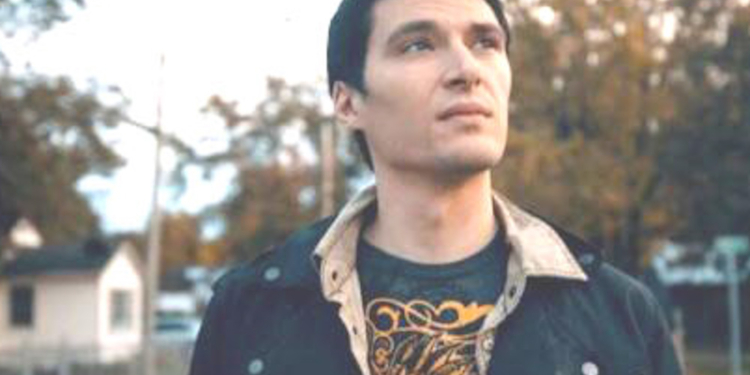 QUEENSBURY — Music is a life, and for a musician his instruments are his livelihood, so when you separate the artist from his tools it can be a heartbreaking experience.

A lightning strike from a thunderstorm sparked a fire at Frank Palangi’s family home in Queensbury in June. The bolt struck the garage of his Newcomb Street home, igniting a fire in the two-story house he shares with his parents.

“[I] heard a huge audio explosion crack and there was a flash of orange light and smoke starting to come into the room and then the whole house filling up,” Palangi shared online. The fire and smoke was limited predominantly to the garage area, but Palangi said it destroyed his recording equipment.

Since the start of the pandemic, the musician has been creating music and producing a podcast from his home studio. Recently, he spoke with American Idol’s Madison Vandenburg and followed that with another interview with The Voice’s Moriah Formica. It’s also where he’s taught guitar lessons, and produced records for area musicians.

Since sharing his harrowing story online, fans have organized fundraisers to help him pick up the pieces to his career.

“It’s ironic that [four] days before the house fire ‘Fire Of Love’ was released,” wrote Lindsay Richardson, a self-proclaimed mega-fan out of New Hampshire who organized a gofundme page to help. The crowdfunding campaign has a $40,000 goal and after five days 78 donors have collected nearly $5,000 towards the target. “The message is that love will help save us all, and seeing all of your donations and kind messages of support on Frank’s social media is so awesome.”

To donate towards the gofundme campaign, visit bit.ly/Palangi.

A local concert is also set for August near Palangi’s hometown in Lake George Village.

Rock the Barn for Frank and Family is to feature performance from various bands at The Barn at French Mountain on Sunday, Aug. 8, from noon to 5 p.m.

Admission to the concert will cost $5 at the door. All proceeds will be donated to Frank Palangi and his family.

The Barn at French Mountain is located at 5 Mill Road at Lake George Village.

Palangi said he’s thankful for the community support. He and his parents are now living out of a hotel for now. He has asthma and, in addition to the smoke damage, the home is unlivable. He already estimates that he won’t be able to pick his career back up until next year — a fact he agonizes over now.

“As a musician doing it for a living over 12 years now and other creative outlets like film, acting, voice,” Palangi said.

“It kills me not being able to do this for a living.”