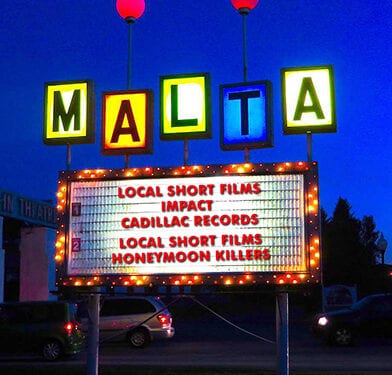 CAPITAL DISTRICT — At the crux of it, films are stories with moving pictures instead of words.

The New York State Writers Institute (NYSWI), which calls the University at Albany, SUNY, campus home, understands this. While the organization is known for its elite programming of top-notch writers and storytellers, it understands that the stories behind a camera are just as impactful as those written with a ballpoint pen.

The New York State Writers Institute will host the inaugural Albany Film Festival throughout the Capital District from April 24 to May 3. While the festival is currently live, there are many events upcoming that film lovers will not want to miss; the Malta Drive-In will host a free movie night, with juried shorts, tomorrow, April 29. The festival will also host projection mapping, a first for the Albany area, from Friday to Monday, at the Science Library on UAlbany’s uptown campus. Panels will also continue through the weekend, bringing some of the country’s best talents to the Capital District.

“We believe stories connect us as humans and communities,” Paul Grondahl, director of NYSWI, said. “These stories begin as scripts, as visions, much like the written word. The experience of a moving picture in the dark, like a movie theater provides, is something that has been lost in the past year with COVID-19 shuttering movie theaters.”

Grondahl said the event, with it being mixed between digital and live options, allows for the collective shared experience film provides while still adhering to COVID-19 guidelines such as mask wearing and social distancing.

“The drive-in is such a slice of Americana and it’s amazing we have four working drive-in theaters in our area,” Grondahl said, “since there are only about 200 in the entire country. Sometimes that retro feel and going back to basics is a great way to bring the community together.”

NYSWI floats on the donations of its community. A majority of its programming is free — an astonishing feat when you realize the organization pays for the travel of each person it hosts for an event. While it hasn’t hosted live events in a year — last year’s planned Film Festival was ditched two weeks before its start due to the virus — NYSWI’s marketing and communications director, Michael Huber, said the pandemic has actually helped the organization continue its mission.

“We’ve been able to reach people we normally wouldn’t because everyone is now home,” Huber said. “While travel used to be something we had to navigate around for many people due to scheduling, we can now use technology to facilitate these conversations.”

Grondahl agreed with Huber. He said his team has recorded dozens of conversations with writers and filmmakers so events can keep streaming out.

“The nice thing about this has been how we can access so many more people,” Huber said. “Parents who might want to see an event but have so many moving parts, including children, work obligations, other demands, weren’t as easily able to make events because they had to keep so many plates spinning. Now, they can tune in while on the couch with some ice cream after the kids go to bed. Or they can watch while working around the house. It gives people options and allows us to reach even more people.”

Huber said since the beginning of the pandemic, every single metric the organization gauges its engagement by has skyrocketed. As NYSWI pivots back to live events — Grondahl is aiming for the fall, pending COVID-19 numbers continuing to decline — it hopes to continue the momentum and give its audience the full experience again.

“We did our best with the situation that was presented to us,” Grondahl concluded, “but the core of our work is the interaction between our guests and our community. So much of that has been erased and we are looking forward to bringing it back.”