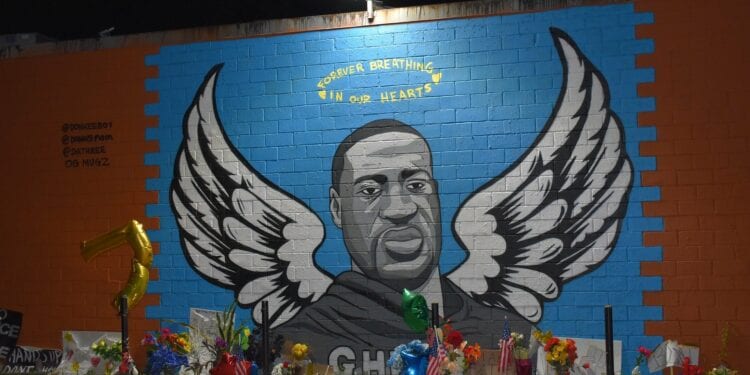 ALBANY COUNTY — George Floyd was murdered by a police officer in Minneapolis, but the act had a profound ripple effect felt in New York State. Which is why it is of little surprise everyone had something to say about last week’s verdict against Derek Chauvin.

After deliberating for ten hours, a jury found Chauvin guilty of unintentional second-degree murder, third-degree murder and second-degree manslaughter on Tuesday, April 20. The accumulation of each maximum sentence has the former law enforcement officer facing 75 years in prison. He’s to be sentenced on Wednesday, June 16.

Floyd died while lying facedown on the ground, handcuffed, and held in place with Chauvin’s knees to his neck and back. The act was captured on video as bystanders pleaded for the officer to get off of the 46-year-old suspected of passing a counterfeit $20 bill at a corner store.

Chauvin, White, continued to press down as Floyd, Black, struggled for a total of 9 minutes and 29 seconds. According to examiners, Floyd died of low oxygen levels that caused a brain injury and arrhythmia, causing his heart to stop.

“The murder of George Floyd under the knee of a Minneapolis police officer was horrific,” stated VanLuven. Bethlehem’s town supervisor shared his thoughts on social media just minutes after the verdict was announced. “Officer Chauvin’s conviction today is a small step towards greater justice in that city and in our nation, but it is truly just a small one. George Floyd is gone forever – lost to his family, lost to his community. No convictions will change this.”

VanLuven’s office in Delmar is 1,226 miles away from the Minneapolis intersection of 38th Street and Chicago Avenue. Nonetheless, the shadow of Floyd’s murder was cast across Delmar’s Four Corners — not once, but twice — as a predominately white community grappled with an education in equity, privilege and social justice.

A crowd of 1,500 demonstrators congregated at Kenwood and Delaware Avenues last June. Faces were covered by masks as the world struggled with a rising coronavirus pandemic. Nonetheless, a quiet protest morphed into a march down Bethlehem’s Main Street towards Albany. It was the same day Gov. Andrew Cuomo mandated state municipalities to draft a plan for reform their respective police departments. Bethlehem included.

Last September, Gina Cocchiara succeeded Louis Corsi as Bethlehem Police Chief. Her appointment as both the town’s first woman and first homosexual at the post was lauded by civic leaders as the community’s first step towards social reform. The sentiment would be captured by town board members in its Black lives matter resolution passed weeks later.

“The will of the jury has been heard across the nation and the justice system we honor in our country has spoken,” Cocchiara shared in an online statement last Tuesday. “We devote ourselves every day to serve and protect each and every citizen of this Town and treat all people with fairness, equity and the utmost respect.”

Cocchiara’s words fall just weeks behind the town board’s passing of its police reform plan. The plan, passed within two weeks of the governor’s April 1 deadline, was the culmination of several committee meetings involving a facilitator and community leaders often questioning and demanding changes to common police practices. Cocchiara and several more police officers were in attendance facing those questions.

“We will continue to work together to enhance our community relationships, create new bonds with our citizens, foster trust, and continue in our commitment to keeping them safe and secure in their homes and on our roadways,” Cocchiara said. “The work we have begun for our community involving responsible police reform will continue as we are determined to make our Department better than ever before.”

In Albany, protestors gathered in front of its police department’s South Station. It was the site that had ignited a riot that spilled out into the suburbs less than a year ago. The congregation began camping outside the station on Friday, April 16, following a peaceful march that started at Townsend Park. But, like last year, it started to turn violent when protestors began banging on doors to gain entrance into the station. One window was broken.

The congregation remained in front of the station until Thursday, April 22, when Albany police Chief Eric Hawkins told protestors they could “peacefully demonstrate, but they must do so in a space that is safe and lawful.” Moments later, at least 50 Albany Police officers pushed through and dismantled tents and force people off of Arch Street.

“I fully support Chief Hawkins’ decision to end the unlawful encampment while providing space for peaceful protests that keeps our residents, workforce, and protestors safe,” Sheehan later shared on social media. “We have allowed these protestors to express their First Amendment rights for several days, however their protest escalated to camping in the street, damaging taxpayer property and starting open fires.”

The events of last year’s riots were avoided. Avoidance was the message Bethlehem’s town supervisor wanted to reiterate soon after Chauvin’s verdict.

“We must ensure that nothing like this, nothing even remotely resembling this, ever happens here. Black lives matter in Bethlehem, and we must continue to work diligently to implement changes that make this fundamental truth an integral part of who we are as a police department, a Town government, and a community,” VanLuven said.