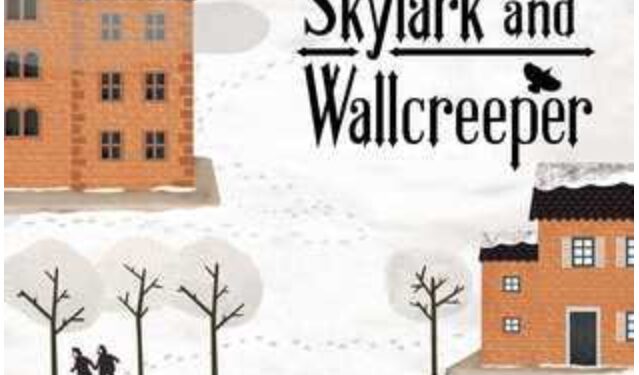 DELMAR — It was fifth grade, in Jan Palmer’s class, that I was introduced to the Holocaust.

We were asked to read Lois Lowry’s “Number the Stars” and talk about it in groups. Even at 10 years old, I was a voracious reader; I could put down books quicker than any kid in my class. “Number the Stars” was no different. The story of Annemarie and Ellen introduced me to a world where people were murdered for things as harmless as being Jewish or being disabled. Within six months, I had torn apart my school’s library looking for any book at all about the Third Reich, its atrocities and its “mission.” Lowry’s work of historical fiction lit the spark, and I turned it into an inferno. To this day, the Holocaust is still the one part of history I can’t learn enough about.

Anne O’Brien Carelli knows these introductions are critical, as it piques the interest of the children reading them. A fellow World War II history buff, she’s always been attached to the French Resistance. As she’s progressed in her career, she’s made a hobby of perusing primary sources about the resistance and turning it into stories young children can digest. Now, she’s branching out into different historical topics, including the Revolutionary War.

O’Brien Carelli released two more works of historical fiction, “One Light” and “Beneath the Heart,” in October and December respectively. Since the publication of “Skylark and Wallcreeper” in 2018, O’Brien Carelli has found a home in using fiction as a means to teach young readers about otherwise complex topics.

“I want to be able to wrap these facts into a compelling, fast-moving story,” O’Brien Carelli said. “If I can get these kids to enjoy the book but also learn from it at the same time, I’ve done my job.”

“One Light” is the story of 12-year-old Eleanor, a member of the French Resistance in World War II. Eleanor is tasked with watching a group of Jewish children hiding in a monastery cellar, where she befriends the spunky Shoshana, one of the refugees. When Shoshana disappears, Eleanor is determined to find her friend by all means necessary.

O’Brien Carelli said the story of Eleanor is extremely similar to what actually happened in the resistance; while Eleanor is a fictional girl, children were heavily involved in the French Resistance and were often tasked with equally dangerous jobs as those given to adult members.

“Beneath the Heart” jumps back a bit further, launching the reader into 1775. Phoebe, also 12, lives with her family in Saratoga, New York. Her farm has become the headquarters of the American Army. Phoebe is tasked with an important mission by a dying soldier while managing the care of her infant sister. Her journey to complete the mission is filled with twists and turns and shows that even the youngest of girls can have influence and independence.

O’Brien Carelli said “Beneath the Heart” was inspired by her own journey. Recently, she learned she is descended from people whose house and barn were used as headquarters by General Horatio Gates in Saratoga. As a transplant from Michigan, O’Brien Carelli was shocked to learn her own blood was so closely tied to the turning point of the American Revolution.

“I want kids to see how your environment can change so quickly,” O’Brien Carelli said, “and how situations can have emotional ties to them. In these stories, it’s children who are front and center of the story, controlling the narrative. I want children to see how they are able to learn about something, take a stance and contribute to the story somehow.”

O’Brien Carelli said writing historical fiction forces her to use multiple skills, as the fiction she creates has to be realistic in the historically-correct time period. She’s forced to verify everything about the characters, whether it be the shoes they wear, the cars they ride in or the speech they use.

“People will catch you if something isn’t historically accurate,” she said. “If I’m writing dialogue and I use a phrase that isn’t historically correct, there are people who will catch it. It forces me to really dig deep into my primary sources and use them to support the fiction that’s within the pages.”