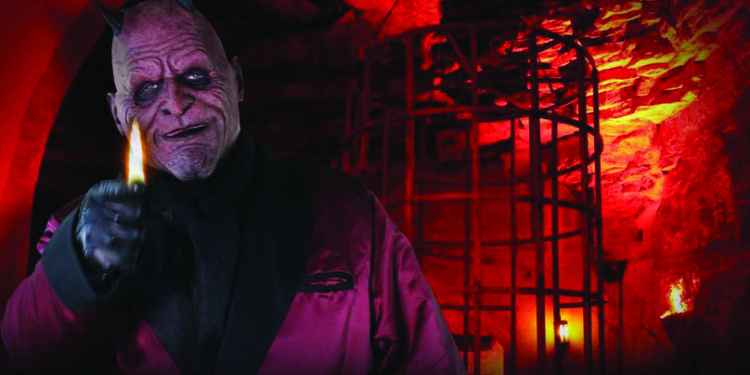 October is the month for haunted hayrides, ghost tours, pumpkin carvings and trick-or-treating. All of which are fun activities ingrained into our childhood memories to the point we forget Halloween’s roots.

The childhood icons of the day lend hints to Samhain. Pagan Celts believed this was the day in which the veils between the world of the living and the land of the dead were at their thinnest. It allowed the souls of departed loved ones to mingle with the living once more, and not in a creepy, zombie-apocalypse kind of way.

There are a few stories tied to the act of pumpkin carving. History.com shares a compelling story about the Irish myth of “Stingy Jack.” According to lore, he made a deal with the devil and managed to wiggle himself out of it. In doing so, he built such a reputation for himself that he was frozen out from heaven and that other place once he died. He’s now left wandering the earth with a glowing piece of coal to light his way. He places it in a carved-out gourd to serve as a lantern. Across the ocean, kids carve scary faces out of apples and turnips to ward off evil spirits. Pumpkins are most common in the United States, so we see them used instead.

Now, the whole idea of conversing with the dead and making deals with the devil sounds like heresy. Following such traditions could lead to accusations of practicing witchcraft. In the past, that never ended very well for the accused. Today, it’s relatively safe to dress up as one on the 31st, but if you float, I’d choose another costume.

Halloween is the underlying theme for many of the activities for one to enjoy this month. Take a peek at the events below to see what catches your attention. Just keep in mind, if it has anything to do with Jack o’ Lanterns, Stingy Jack may be there, and the devil not too far behind.

Howe’s Cavern is a fascinating place to visit, giving you both reprise from the summer heat and a peak of what the Underworld could look like on Halloween. This time of year, it’s the setting of The Underworld: Haunted Cave Tour.

The event’s marketing suggests this won’t be for everyone. There’s a litany of conditions you should meet before stepping foot on the tour. You can’t eat, can’t drink, don’t smoke or be intoxicated, best not be injured or limited physically, and don’t suffer from any heart, mental, circulatory or respiratory issues. If you’re in a cast, a brace, or using crutches, you won’t be allowed in.

The latter sounds like it’s meant to insure the safety of staff members as much as it is for those who visit. Using a crutch to club away scary ghouls will likely be frowned upon. It’s best to know your limitations before considering going on this tour. There will be no refunds once you buy a ticket.

“If you violate any of these rules, or if you enter the attraction but decide you are too soft, too scared or too much of a cry-baby, and you want to leave without completing the event, you will not be given a refund,” states the event’s website. “You will be lucky if you even get your soul back … which we probably acquired from you within minutes of entering this underworld!”

Let’s talk a little bit more about pumpkins and Jack o’Lanterns, and how they appear most often this time of year. Frankly speaking, some people have a kin talent for the art, while others simply enjoy it for the fun.

Ellms Family Farm in Ballston Spa has something spectacular to show people as they come to visit in October. The Pumpkin Glow & Light Show promises to dazzle onlookers with exceptional work on display for the drive-thru experience.

The Pumpkin Glow & Light Show Drive-Thru is a practical way of enjoying the season while maintaining safe social distancing during the COVID pandemic. It features a drive-through experience meandering among a pumpkin wonderland of thousands of hand-carved Jack o’ Lanterns.

The tour showcases works of single pumpkins to large, dazzling light displays. Visitors will also be able to purchase fall-themes treats, food and beverages, all to be enjoyed from the safety of your family vehicle.

Every Friday and Saturday in October,
from 7 to 10 p.m.

Mountain Ridge Adventures warns that Zombie Zips is neither for kids, nor for the faint of heart.

Your nightmare begins with a corpse-guided tour along a serial killer infested forest to then be hauled into the trees among complete, utter horror. Once in the trees you will be launched in complete darkness.

The zip lines can have you soaring through the air, more than 70 feet above the ground. That, along with the prospect of not knowing when you’ll stop, or who will stop you at the end, can heighten the adrenaline for anyone. In all, the event will have you running through 10 zip lines.

Best to have your affairs in order before visiting.