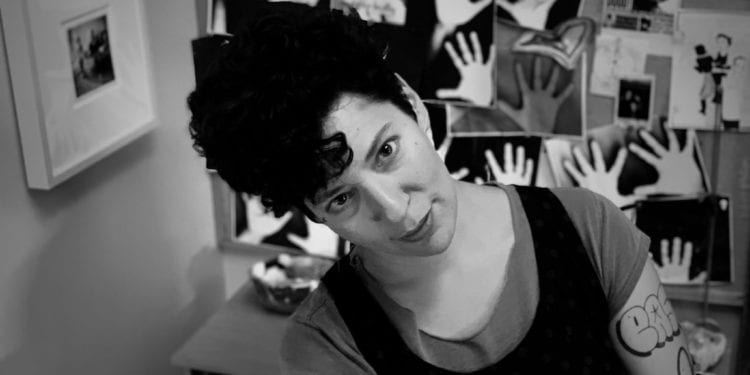 ALBANY — She is woman. Hear her roar.

Through it all, Albert, 42, has remained steadfast in her approach to literature. A native of Los Angeles, she has lived in Albany for several years. A graduate of The College of Saint Rose, Albert is a recipient of the Moment Magazine Emerging Writer Award and a finalist of the Sami Rohr Prize. Her credentials and success have earned her the title of this year’s literary legend at Albany Public Library’s corresponding gala/fundraiser.

“It’s really sweet to be given this honor,” Albert said. “To be the face of the library this year is an honor. Working with libraries and seeing what they do shows me how they make our communities as vibrant as possible.”

The Literary Legends event is annual, with the first one dating back to 2013. Holly McKenna, president of the Friends and Foundation of Albany Public Library, said organizing and campaigning powerhouse Libby Post was a huge part of the first event, and the tradition has now blossomed into a huge success. In one year, the event pulled over $150,000 clear in funds for the library and its programs. This year, Literary Legends is sponsored by KeyBank and the University of Albany Foundation.

Each year, the fundraiser moves to one of the network’s seven branches, but this year the event will be virtual due to ongoing COVID-19 pandemic restrictions. McKenna said the virtual setting will be a little different, but donors and attendees will still have the same experience at home in their pajamas.

“Most of the things we usually offer are donated from area businesses,” she said. “Unfortunately, there will be no silent auction this year due to logistics beyond our control.”

Lex Bhagat, APL’s executive director, added he’s looking forward to this year’s virtual gala. While the library has never been forced to do an event in this way, he’s enthusiastic people will enjoy the program APL organizers set up.

“We depend on the local community for support,” Bhagat said. “It’s been 200 days since the pandemic started and we’re still navigating the different curveballs this has thrown at us.”

As opposed to previous years, this year’s Legends event is pay-what-you-want, with a $25 to $35 donation suggested. However, Bhagat said people can donate as little as $1.

“We’ve been reaching out to connections from all over the country to make this work,” Bhagat said.

Literary Legends has honored several Albany-based authors in the past, including Amy Biancolli, Paul Grondahl, William Kennedy and Gregory Maguire. Albert is in good company; each recipient is revered in the Albany sphere for their contributions to both APL and community writing as a whole.

“Elisa is thoughtful, funny and incredibly knowledgable about issues surrounding children and women’s rights,” McKenna said. “She’s remarkable with helping libraries and it’s an honor to honor her contributions. Her exuberance is contagious.”

McKenna and Bhagat are not alone in the fight; FFAPL’s gala committee chair Kaitlyn MacLeod and

“[Carter] and [MacLeod] are young, fresh and powerful in their approach to everything,” McKenna said. “Both of them have strengths in this field that lend tremendously to planning events like this.”

After the gala, Albert is super excited to keep pushing the need for libraries in the community.

“Having access to a library is having access to real power because it allows us to understand the world around us,” she concluded. “Areas that are impoverished by resources need to have access to libraries because without them, nobody is able to understand our history or feel the inspiration written works can have. Without libraries and access to material, communities are stuck in a hamster wheel.”

For more information on attending the event and supporting the library throughout the year, visit https://www.albanypubliclibrary.org/.

Historic Bethlehem church to be sold or razed