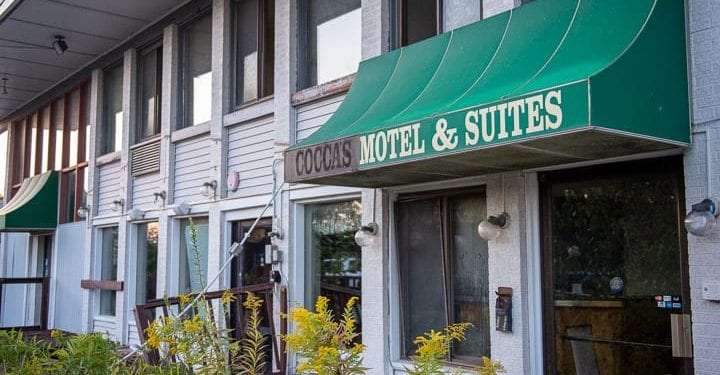 COLONIE – A proposal to build a Porsche dealership at a long standing eye-sore along Troy Schenectady Road was introduced to the Planning board last week.

The plan, presented by Dan Tompkins of Environmental Design Partnership on behalf of New Country Motor Car Group, would construct a two-story, 25,000-square-foot showroom and service station and a second, 4,500-square-foot building for detailing on land that is now home to the vacant Cocca’s Motel and Suites. There would be 246 parking spots for the up to 30 employees, customers and inventory.

The dealership would specialize in the Porsche — which run from about $60,000 for a low end Boxster model to more than $250,000 for a decked out, top-of-the-line 911 — and have a used inventory of other high end luxury vehicles.

The project was presented along with a third building on the east side of the 10-plus acre plot of land but there are no set plans for its use. The approximately 11,200-square-foot building is being presented to avoid having to go through a major review should the company decide to develop the land, and so the Planning Board can look at the site as a whole rather than piecemeal.

Cocca’s Hotel and Suites closed in 2015 and sold the land to New Country, a multi-state car dealership based in Saratoga. A year prior to that, New Country had approached the town with plans to build a Lexus dealership on the site.

Otis and Oliver’s, a popular restaurant that operated out of the hotel’s building, moved to Mill Road Acres in 2012.

Last year, New Country gave the Verdoy Fire Department, located right across Troy Schenectady Road from the rotting motel, permission to use the structure as a training facility. The town’s 12 departments took advantage, and used to building to simulate real life fire situations such as roof cuts and breaching walls.

The land is zone Commercial Office Residential and a car dealership is an acceptable use. The Planning Board had questions about the number of curb cuts, the number of parking spots and screening along Route 7.

It is within the Airport GEIS and the project will be assessed yet to be determined mitigation fees.

“It is classically Porsche,” Tomkins said. “If you go to other Porsche dealerships you will see what we are proposing.”

The nearest Porsche dealership is on Route 146 in Mechanicville. It is one of two in New York state with the second being outside Syracuse.