Fitness: You can’t out train a bad diet 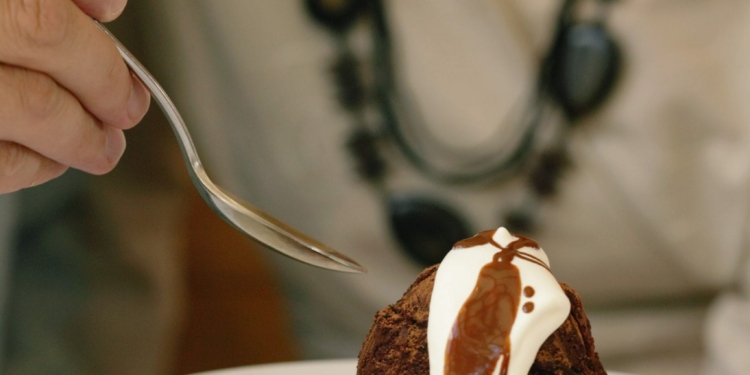 You can’t out train a bad diet.

We’ve likely all heard that one before but it is 100 percent true — Unless you’re Michael Phelps or a professional bicyclist that is.  But even they focus on their nutrition and their performance (or lack thereof) is a direct result of how they eat.

When it comes to weight loss in particular, nutrition is always going to play a bigger roll than exercise. Numbers get thrown about but I generally agree with the 80-20 percent rule, which is to say 80 percent of the weight loss battle is accomplished in the kitchen.

Without making healthier food choices, you’re never going to see the results that you are looking for.

And, when it comes to diet there is two factor I see often that is stopping most people in their tracks.

Not eating enough total calories, nor simply eating enough food throughout the day. See, both can hinder your weight loss in very different ways. Let’s look at them both.

Not enough calories
If you’ve been sticking to a low calorie plan for too long, say 800, 1000, or even 1200 calories you’re simply not giving your body the fuel it needs.

Your metabolism will start to slow down to adapt and since your body thinks it’s starving it will actually hold onto fat making it REALLY difficult to drop weight.

This may sound like craziness to many of you especially those that tend to worship those TV Doctors who pitch their miracle weight loss programs.

And to be fair for the very short term it might work. But, long term,  far more often than not it will be the exact opposite.

Take, for example, Sally, a client of mine who insisted that she could lose weight by just eating 800 calories per day.. She was DIALED IN to use her words…

And dialed in she was to be sure…. In addition to that low amount of calories she was working out 1-2 hours a day and burning more than she ate.  In other words a HUGE deficit in calories.

Why? Because, she bought into the myth that less is more. That if she starved herself and worked out really hard she’d lose weight.

This went on for months and she got frustrated. She only lost a few pounds, and after a month or so, the weight stopped coming off.  She went weeks without losing a pound, and her muscle mass crumbled despite all the working out.  Simply put, her body started storing fat and using the muscle to feed itself.  Once she finally agreed to eat more. The weight fell off in huge amounts.  Not only that, she started adding muscle and looked leaner and felt better.

So, if you find yourself in that rut and not losing weight despite eating so little, try bumping up your calories. Try adding just a little bit until you’re feeling more full and satisfied. An easy way to do this is to have bigger portions at meals or add in a snack or two throughout the day. You may be surprised to find those stubborn pounds start to disappear.

Not eating enough
Going all day without eating, eating little to nothing, or saving calories for later in the day is a sure fire recipe to set yourself up for failure.

Why? Because you’ll end up eating more in the long run. Numerous studies have found this to be true, as much as 30 percent more than if you had eaten throughout the day.

And, this is far more common than you might think.  Rushing to get to work, working through lunch, running errands, who has time to eat?  By time you get home you’re so ravenous you’ll put just about anything in your mouth to ease the rumbling stomach.

Or worse, knowing you’re going out to dinner so you’ll skimp the calories during the day, only to order the huge appetizer, demolish the entire meal and, of course, have a few adult beverages along with it.

Take my client Ralph, for example. He was a classic night time eater.  He’d skip breakfast, lunch may or may not happen and if it did it was usually something very quick to eat  and then he’d get home, and eat and eat and eat until he went to bed.

That’s the problem with not eating throughout the day. It often leads to poor choices and overeating.

I realize you may have a crazy busy schedule and this may be challenging, so do the best you can!

Often a little PLANNING and PREPPING ahead of time can go a long way.

I teach my clients to prepare their meals ahead of time. I follow this philosophy myself. My wife and I dedicate one to two hours on Sundays to make ALL our meals for the week ahead of time.  Then, its just grab and go. No longer do we have an excuse to hit the drive-thru, or being to tired to cook healthy at the end of the day.

When my clients follow this same pattern they see amazing results and feel less stressed because they don’t have to worry about cooking dinner every night.

Even better, it reduces those temptations at work.. You know that well meaning person we all have in our office who brings in the box of donuts.  Who can resist?

Well, having prep-lanned and pre-prepared your food helps you avoid that temptation.

One client started doing this on “bagel day” at work. She actually would sneak into the supply closet to have her healthy meal because she didn’t want to feel like she wasn’t participating.

And it helped keep her on track! So the lesson is, if she can do it, so can you!

The key to staying on track is to have easy meals and snacks handy for those busy days.

Eat more at breakfast or lunch if you have to so you ensure you’re getting enough calories earlier in the day to avoid the ravenous hunger later in the day.

One of my go-to meals when in a rush is often a smoothie loaded up with protein powder, frozen fruit, nut butter, and coconut or almond milk or a handful of trail mix or nuts I can easily grab and munch on when no one is looking. Planning ahead and being prepared is going to be your best friend in weight loss.

Dan Romand is co-owner and co-operator of Full Circle Fitness-NY in Colonie, where he is also a Certified Personal Trainer. Romand is a frequent contributor to TheSpot518, where he serves as our health and fitness columnist.

Get To Know: Rebecca Cavalieri