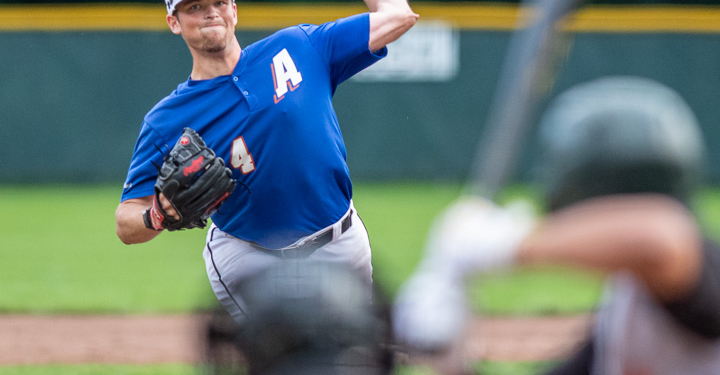 The outlaws jumped out to a 2-0 lead after one but the Dutch came back with four of their own to take a 4-2 lead and tacked on two more in the fourth for a 6-2 lead that held through six innings.

In the seventh, the Outlaws came back with three runs before exploding in the eighth and ninth for the win.

J Sanridge and K Mahady split the duties for Oneonta giving up eight runs on 10 hits while walking five and striking out six.

The Dutch find themselves 12 games behind the East Division leading Amsterdam Mohawks with the regular season to set to wrap up on Thursday, July 29. There is one more scheduled home game — on Tuesday, July 27 against the Outlaws. This is the first season the Dutch are playing at Keenholts Park after playing at Siena College.

The Perfect Game Collegiate Baseball League playoffs set to start on July 30 and run through Aug. 6.