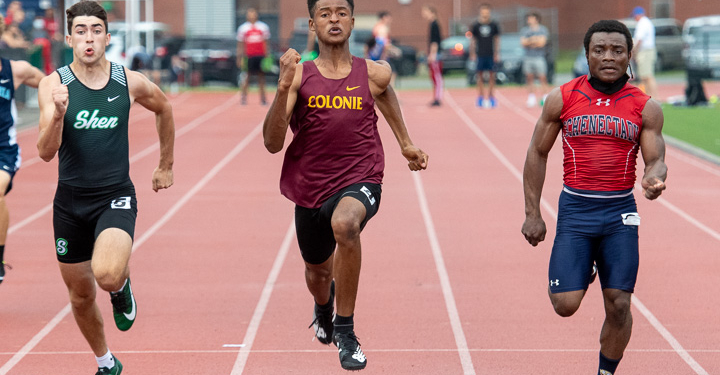 DeSeliva also ran the second leg of the winning 4X100-meter relay team with Thomas Davis, Ben Ross and Zaire Higgins. The team finished with a score of 42.98.

The Colonie team of Dante Genovese, Higgins, Ross and Davis placed second in the 4X-400-meter relay.

The Shen boys team won the title with a combined score of 137, Saratoga finished second with a total of 83 and Columbia finished placed third at 78.