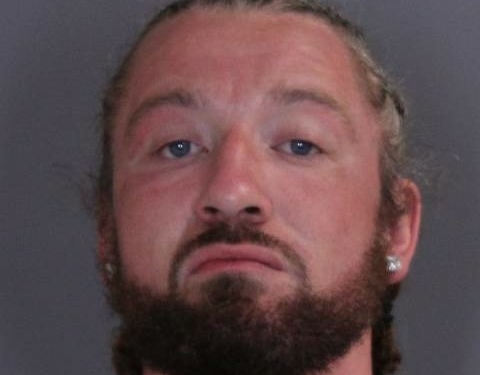 COLONIE — A 32-year-old man was arrested on Sunday, June 13, on a host of charges after threatening to shoot people.

According to Lt. Daniel Belles, police were called to Maria Drive at around 11 a.m. for reports of a man armed with a handgun.

Officers were able to locate Seth Buess, of Colonie, near Christ Our Light Catholic Church. Upon seeing the officers, he fled on foot. Officers located him in a nearby backyard and took him into custody.

Upon searching the yard, it was determined Buess discarded a 9 mm Walter Arms handgun loaded with six rounds before being taken into custody. The handgun was not legally owned, Belles said.

An argument with a resident of Maria Drive precipitated the call to police.

He was arraigned in the Town of Colonie Justice Court and sent to the Albany County jail pending bail.

Anyone with any further information is asked to contact the Colonie Police Investigations Division at 518-783-2754.  If you wish to report a tip anonymously, you can call Capital Region Crimestoppers at 1-833-ALB-TIPS, or go to capitalregioncrimestoppers.com.