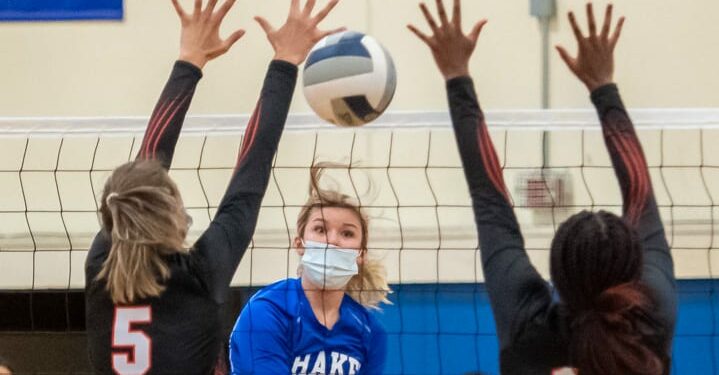 The Bison will now go on the road to square off against Saratoga on Thursday, April 29.

Peyton Strand had 11 kills and three digs for Shaker while Brianna Hardwick had 19 assists, three aces and two digs and Layla Shipley had three aces, three kills and five digs.

The top eight teams are playing for the championship with Burnt Hills the No. 1 seed and Shen seeded No. 2.

Photos by Jim Franco and Sarah Hamilton, a Shaker High senior. Click on one below to view a slideshow of the Shaker v. Bethlehem match.