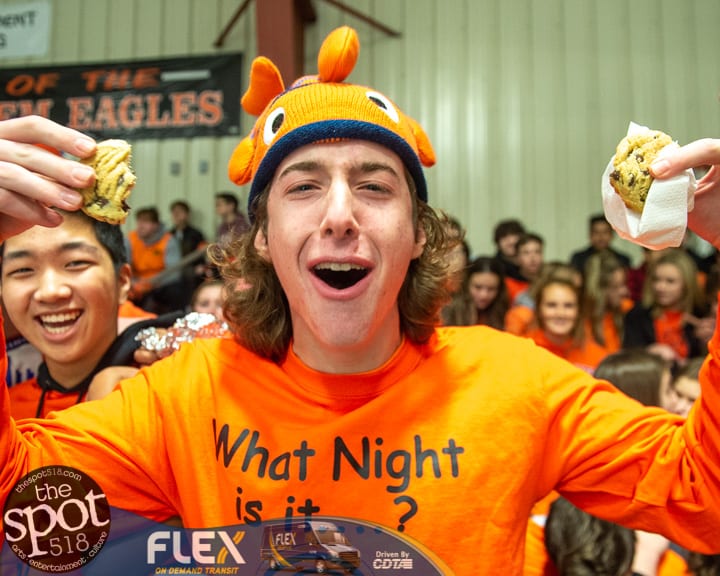 BETHLEHEM — The Eagles avenged its only loss of the season by beating CBA 5-1 on Big Orange Freakout Night at the YMCA.

CBA, which beat Bethlehem on Dec. 13, the first Capital District High School Hockey League game for both squads, scored first to take a 1-0 lead into the second period.

But Bethlehem came roaring back with three goals in the second. Justin Chenaille scored less than a minute into the period to tie it at one. With about six minutes left, Jackson Carroll scored his first goal of the game to give BC a 2-1 lead and two minutes later Ben Lavigne scored to take a 3-1 lead into the last period.

With nine minutes left in the third, Will Bievenue scored to give Bethlehem a 4-1 lead and Carroll scored his second with under a minute left in the game.

Bethlehem sits atop the CDHSHL with 16 points and a 10-1 record in conference play and 16-1 overall. Saratoga and the Storm, a team made up of skaters from Guilderland, Mohonasen, Scotia, Schalmont and Voorheesville, are at 8-2 but Saratoga has 14 points to the Storm’s 12. CBA is in fifth at 5-2-1 and 8.5 points.

CBA will skate against the Storm on Saturday, Feb. 1 at the Schenectady County Recreational Facility and Bethlehem will host Albany Academy on Friday, Feb. 7.

This story will be updated. Until then, click on a photo below to view a slideshow of the rest.