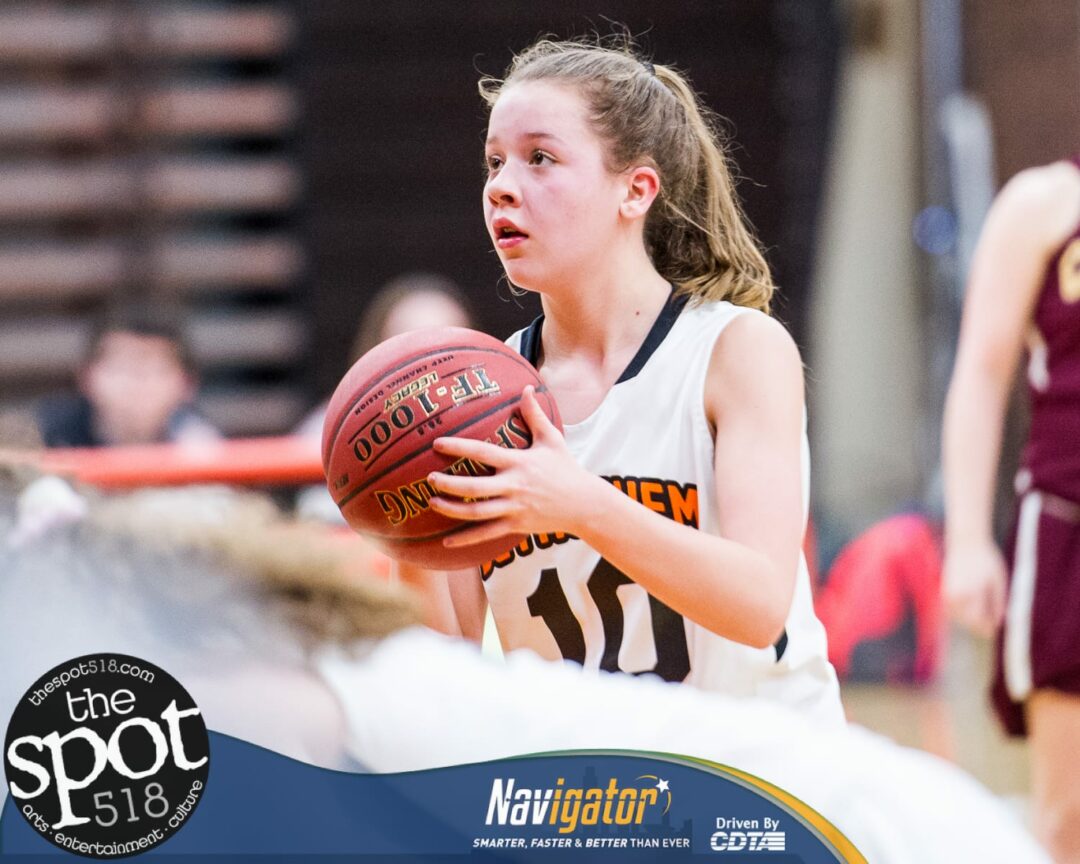 BETHLEHEM – The Eagles scored 24 points in the fourth quarter to win its last regular season Suburban Council home game against Colonie in a game that was closer than the 57-49 final.

Colonie (11-3, 12-5) had a five point lead after three quarters, but the Bethlehem (9-4, 12-5) girls scored five unanswered to start the fourth to tie it up, and had a one point lead with just over a minute to play.

In the fourth quarter, Bethlehem went 15 for 18 from the free throw line.

Kiersten Murray had three points for Bethlehem while Karen Huang and Tessa Hughes chipped in two each.

Erin Fouracre led the way for Colonie with 16 while Sareena Dicerbo had 13. Alivia Paeglow had nine, Aliyah Wright finished with eight and Kyara Triblet and Lashia Rickets had two points and one point respectively.

On Tuesday, Feb. 13, Bethlehem will play at Columbia and Colonie will play at Guilderland in their final regular season game.