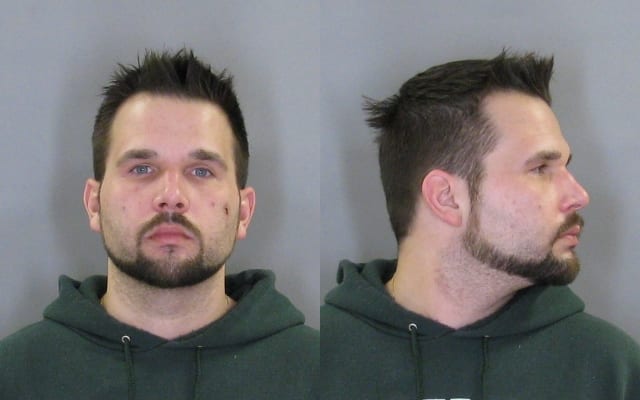 BETHLEHEM — On Saturday, Feb. 10, 2018, at 6:41 a.m., the Bethlehem Police Department responded to a personal injury crash at Delaware Avenue and Cherry Avenue in Delmar.

Upon their arrival, the operator of a 2012 black Buick, Jason S. Nurmi, 33, of North Greenbush, reportedly displayed a badge to officers and informed them that he was an investigator with the state task force. Further, the investigation allegedly revealed that Nurmi was in possession of a loaded firearm and his car was equipped with flashing red and blue lights.

He was also reportedly determined to be under the influence of drugs at the time of the crash.

According to BPD, Nurmi has a valid concealed carry pistol permit in five states, including New York. It has also been determined that Nurmi is not associated with any government agency or entity that would authorize him to carry a badge or display red and blue flashing lights on his vehicle. He was arrested for the misdemeanor counts of driving while ability impaired by drugs and criminal impersonation in the second degree, as well as the vehicle and traffic violations of: following too closely and operating a motor vehicle with unauthorized colored lights.

Nurmi was arraigned in the Town of Bethlehem Court by the Honorable Judge Andrew Kirby and released on his own recognizance to reappear in Bethlehem Court on Tuesday, March 6.

The operator of the second vehicle in the crash, a 36 year old man from Wilton, was transported to Albany Medical Center Hospital by Delmar-Bethlehem EMS with minor injuries.

Anyone who may have had contact with Nurmi, under similarly outlined circumstances is asked to contact the Bethlehem Police Department at 518-439- 9973.

SPOTTED: Seniors step up, and The Jets beat The Storm 5-0