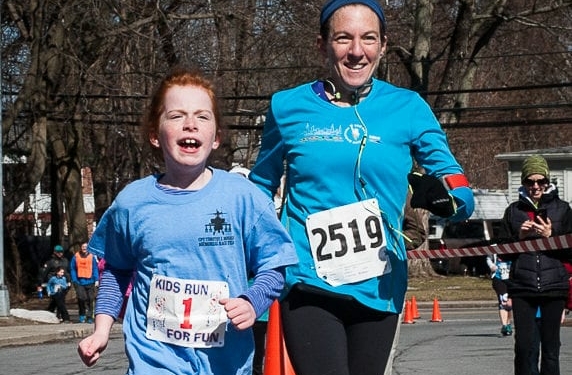 DELMAR – Aaron Lozier, of Albany, won the 29th running of the Delmar Dash on Sunday, April 2, finishing the five-miler with a time of 26:20.

Eighty-four-year-old Anny Stockman, of Rensselaer, was the oldest female to finish the race, crossing the line in 1:05:12 and 82-year-old Wade Stockman was the oldest male with a time of 52:18.

There were also two kids’ runs on Sunday sponsored by the Capt. Timothy J. Moshier Foundation.

More than 300 runners competed in the annual race through the neighborhoods of Bethlehem that this year was put on by the Hudson Mohawk Road Runners Club.