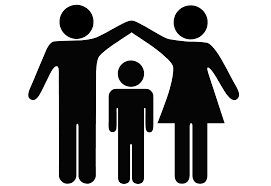 What do you think about when you hear about children who go hungry as a result of living in poverty?  Are you empathizing with their parents or are you criticizing them?

If you are empathizing, great! Now go raid your pantry or write a check to a food bank. We’ll wait. Oh, non-perishable food please, and nothing expired.

OK, critics, your turn! What does your child want to be when he or she grows up? Does he say he wants to be a drug addict? Does your daughter plan on becoming a single mother living in poverty? No? Neither does anyone else’s child.

No one wakes up in the morning and decides to become a drug addict or a single mother. No one chooses poverty. No one. No one wishes to have an addiction, mental or physical disability, or ailment that prevents them from working. No one. No one wants to be continually fired from every job because they can’t afford child care and no trusted person was available to babysit. The family with the WIC checks at the grocery store probably walked 10 blocks or more to get there. Do you have that much grit? So why are you treating them harshly?

Is it because you basically pay for them through your taxes? Think of it as philanthropy. Not a philanthropist? You’re feeding, clothing and housing children, and you’re not the kind to starve children right? Don’t want to pay for the unemployed? Great! I’ll tell them you’re hiring.

Maybe you think the child should not have been born in the first place if the parents live in poverty. So, do you believe people who live in poverty should have no right to have a family? People in poverty have the same rights you do, they are protected under the same Constitution that you are. We are all equal, and not just under the law.

For those critics who say parents should act responsibly and take care of their own kids, I say yes, they should, but it goes both ways.

Let’s say you can afford to meet your children’s needs and some of their wants. Do you plan on starting them on pot and alcohol “under your roof” to keep them “safe?” That’s bad parenting, and illegal. Are you going to abandon them if they come out to you as LGBTQ? Do you get down on your floor or the dirt and play with your kids, or do you throw money at them or sit them in front of a screen you don’t monitor so you can text your friends?

See? Criticism is hurtful and offensive. Keep those opinions to yourself. Parenting is hard enough, let’s not make it harder on each other.