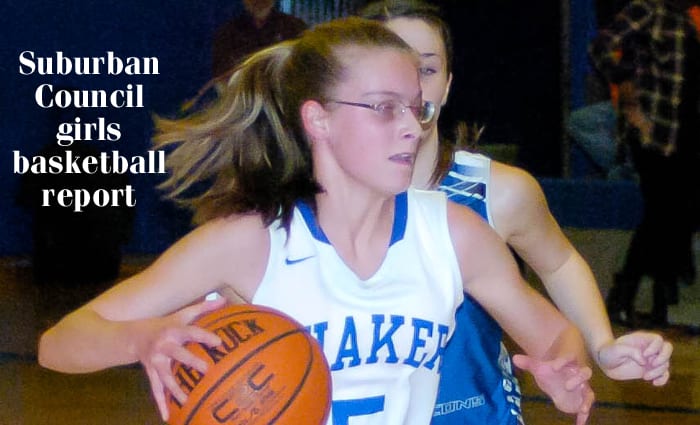 Shaker got exactly what it was after in its Suburban Council girls basketball game Tuesday, Jan. 31.

Shaker 55, Troy 43
Troy (7-8) gave Shaker a battle in the first half, but the Blue Bison (15-1) went on a 23-8 run in the third quarter to take control. CeCe Mayo scored 21 points for Shaker, which avenged a non-league loss to Troy from December. Shalie Frierson netted 17 points for Troy.

Columbia 64, Averill Park 55
Averill Park (7-9) did a good job defensively against Selena Lott, as the Warriors limited her to nine points. However, Grace Heeps picked up the slack, scoring 21 points to lead the Blue Devils (14-2).

Shenendehowa 67, Albany 34
This game was never close, as Shen (15-1) jumped out to a 16-2 lead in the first quarter and extended its advantage to 40-12 at halftime. Alexandra Tudor poured in 22 points, and Cameron Tooley contributed 20 points for the Plainsmen. Imani Harris had 13 points for Albany (11-5).

Bethlehem 69, Mohonasen 50
Balance was the key, as four Bethlehem players reached double figures in the scoring column. Molly Kirby netted 18 points, and Emily Weber chipped in with 17 points for the Lady Eagles (9-5), while Saeeda Abdul-Aziz paced Mohonasen (7-9) with 24 points.

Colonie 50, Burnt Hills-Ballston Lake 13
Colonie (9-6) raced out to a 15-0 lead in the first quarter and never looked back against an overmatched Burnt Hills squad (1-14). Erin Fouracre scored 11 points for the Lady Raiders.

Saratoga 85, Schenectady 33
Not a lot of three-pointers here, as Saratoga (11-5) was content to let everyone get in the act — not just long-range sharpshooters Catherine Cairns (15 points) and Kerry Flaherty (12 points). The Blue Streaks made only six threes in their 85-point barrage. Yinelys Vazquez had 14 points for Schenectady (1-14).