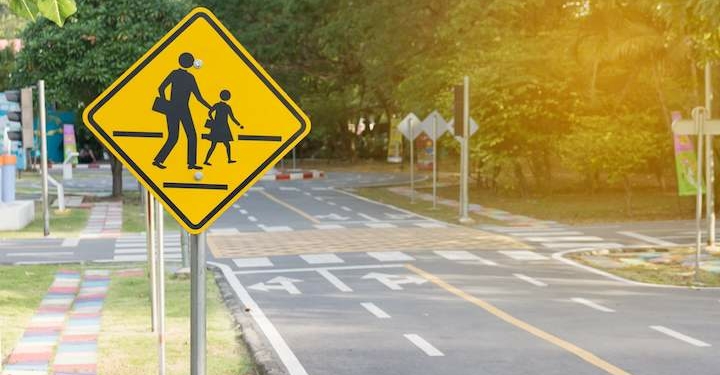 Editor’s Note: A similar letter from this Delmar resident sparked an exchange of emails from Bethlehem Superintendent Jody Monroe and Town Supervisor David VanLuven. Because he revised his letter to include that exchange, we are allowing it to exceed our word limit.

I am writing to express my strong opposition to the Bethlehem Central School District’s ill-considered plan to address the bus driver shortage by expanding the mandatory “walk zone” for students at Bethlehem Central Middle School, reported in the Feb. 9-15 issue of The Spotlight.

On Monday, Aug. 23, at 8 a.m., a member of the Bethlehem community was seriously injured when struck by the side-view mirror of a truck as she jogged on the sidewalk on Kenwood Avenue, across from the middle school. This hit-and-run incident took place just weeks before schools opened, at the very time of day when children would have been walking the same narrow, dangerous stretch of sidewalk–the only path for children living east of Elsmere Avenue to walk to the middle school. Drivers regularly exceed the speed limit along this shoulder-less stretch of a road connecting the Delmar Bypass to the center of town.

In response, the Town of Bethlehem ordered white lines to be painted at the edge of the road and the sidewalk near where the incident occurred. Opinion is divided whether these lines increase pedestrian safety or worsen it by creating a visual illusion for drivers that that the road is wider than it is, as reported in the Times Union on Nov. 1.

Other indications suggest not enough is being done. During construction on Kenwood Avenue in front of the middle school in November, large orange detour signs for vehicles were placed on the sidewalk, obstructing pedestrians. During a walk to the Bethlehem Public Library, my children and I were forced to walk right to the very edge of the shoulder-less road, maneuvering around the signs as cars zoomed past. This was just days before, just a little further west on Kenwood, drivers crashed into storefronts at Four Corners in separate incidents on Nov. 7 and Nov. 10.

This winter, the same stretch of Kenwood sidewalk near the middle school has been insufficiently cleared of snow on many school days. I have seen middle school-bound children having to walk right up to the very edge of the busy road to avoid slipping on uncleared snow and ice.

I applaud the Town of Bethlehem’s decision to begin a search for a traffic engineering firm to develop a plan for new physical measures to slow traffic and improve pedestrian safety along Kenwood. Until such a plan is developed and implemented, however, pedestrian safety on Kenwood, especially near the middle school, remains a serious concern. Many of us fear that it may only be a matter of time before a child in our community is injured—or worse.

Dismayingly, the Bethlehem Central School District proposes to compound the problem by expanding the mandatory “walk zone” for the middle school from a 0.5-mile to a 1.0-mile radius of the school. If this proposal is approved, more middle schoolers in our community will be denied the option of bus transportation.

To the west, the proposed “walk zone” would stretch beyond Four Corners—where the Nov. 7 and Nov. 10 crashes occurred. To the east, it would expand to include virtually all households located on or off of Kenwood Avenue stretching all the way to Mason Road. This would greatly increase the number of children each day required to walk the dangerous stretch of Kenwood sidewalk between Elsmere and the middle school where the Bethlehem jogger was struck in August—and to do so even when weather conditions render the sidewalk even more unsafe than it ordinarily is.

The district’s proposal makes no mention of funding for new crossing guards or other pedestrian safety measures to manage the risks associated with significantly increased pedestrian traffic along this treacherous stretch of road. (A crossing guard is stationed at the exit to the middle school parking lot, but not at the busy Elsmere and Kenwood intersection near the site of the August hit-and-run incident.) Nor does the proposal address the likely side-effect of increased vehicle traffic, given that some parents in the new “walk zone” will opt to drive children to school who are currently bussed. This would add to the already considerable traffic on Kenwood during middle school arrival and dismissal times and further increase risk to child pedestrians. The proposal simply “solves” the problem of a bus driver shortage by shifting costs and risks to the town and to Bethlehem children and their families.

The district superintendent offers assurances that areas newly incorporated into the “walk zone”—including this dangerous stretch of Kenwood Avenue sidewalk—have been assessed by transportation staff as safe and walkable. This upbeat appraisal runs counter to the evidence of recent events and is contradicted by the actions of the town in seeking a traffic engineering firm to improve pedestrian safety on Kenwood.

I greatly support measures that enable members of our community to walk more and drive less. But it is reckless to force more child pedestrians onto a dangerous stretch of Kenwood sidewalk while increasing automobile traffic at the same time. It is dismaying that in the aftermath of the August hit-and-run incident and two November crashes so little has yet been done to improve pedestrian safety on Kenwood. It is more dismaying that the school district proposes to solve a bus driver shortage by further imperiling children whose well-being and safety should be the district’s first priority. I recognize the shortage of bus drivers is a real problem in need of a real solution. Gambling with the safety of our children is not a real solution.