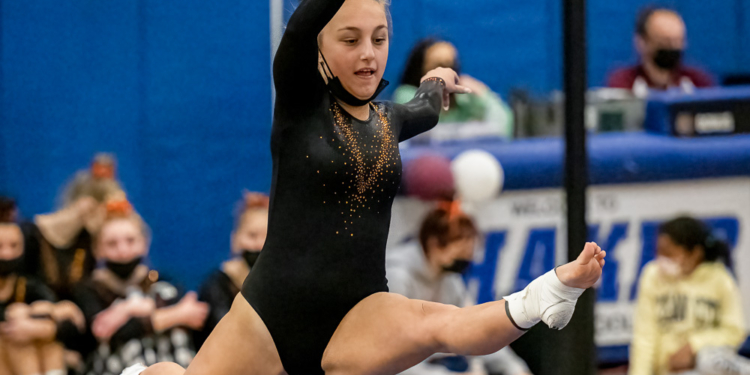 Saratoga senior Carly Rushack was the all-around winner at Shaker High on Wednesday, Feb. 16, with a score of 34.5, Guilderland sophomore Addison Seebode was second with a 33.675 and Saratoga eighth-grader Ayla Skinner placed third at 33.525.

Saratoga sophomore Angelina Damiano placed second on the vault with an 8.65 while Seebode place third with an 8.4 and Bethlehem junior Chiaia Poust placed fourth at 8.25.

Rushak placed second on the uneven bars with a score of 8.3, Saratoga eighth grader Ayla Skinner and Bethlehem freshman Kate Browne tied for fourth with a score of an even 8.

Bethlehem junior Ella Bishop places second on the balance beam with a 9.1 followed by Rushack with a 9.05 and Bethlehem’s Kosovo with an even 9.