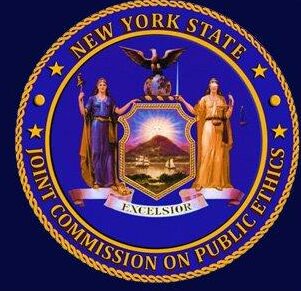 This is the Business and Politics as Usual that we have seen in New York State. When companies use legislators to keep out competitors, the financial incentives are vast for companies to enter the political sphere and that comes in the form of money. New York State should be acting as a referee making sure businesses have a level playing field and abide by the same rules. Instead, they are directly involved in the game making handoffs to insider companies. The solution to this problem is to make it less financially lucrative for companies to engage in these activities by reducing “the scope of political activity the government tries to influence. the scope of political activity the money tries to influence. Shrink the size of government and its intrusions in people’s lives and you’ll shrink the amount people will spend trying to get their piece of the pie or, more likely, trying to avert ruinous public policies.[1]

No More Business and Politics as Usual. It’s time to end the insiderism in New York.”

I support public financing of campaigns. It is the only way to assure that campaigns are a contest of ideas rather than a fundraising contest in which some electeds become beholden to campaign donors. [/quote]

I support reform. I want to drastically reduce the amount that individuals, PACs and corporations can contribute to a candidate. If so, newcomers could actually compete with entrenched incumbents. I also support the concept of a public financing system, although voters have repeatedly rejected this notion. Ultimately, I think a combination of public and limited private/PAC/corporate would be key. Let’s be realistic. The big money buys candidates. Some, like my opponent, have taken hundreds of thousands of dollars from big companies (in this case insurance, because my opponent is the ranking member of the insurance committee). And what is the result? My district pays among the highest car and health insurance costs in the nation, with skyrocketing rates. Unacceptable. We need reform, and we need people who will actually fight to get it done, not just provide lip service.

Although not asked, I believe and will fight for term limits on ALL elected officials. I will also term limit myself to eight years, not just in this seat, but all of politics. [/quote]

I have co-sponsored and fully supported a number of ethics packages that have passed and become law over the last few years.  I have longed advocated for increased transparency and full disclosure of finances in public service and state government. I do not have employment outside my work in the Assembly and work full-time on behalf of the 109th District. Some of the additional ethics reforms that I have championed includes setting limits on outside income for legislators, and closing the much overdue “LLC loophole” (for limited liability companies) to provide greater transparency and severely limit the level of campaign contributions Additional reforms to be addressed this year include pension forfeiture for members who are convicted of a crime, along with additional campaign finance reforms. I am an original cosponsor of the pension forfeiture bill, which will require an amendment to the State Constitution that will have to be voted on in a public referendum. I strongly support moving a package of these and related bills this year and will continue to keep you updated. [/quote]

As one of only four members in the State Legislature appointed to the New York State Ethics Commission I hold myself to the highest standard of integrity.  Ethics reform has been and remains a top priority of mine.  Meaningful campaign finance reform is part of this effort. I support the public financing of campaigns, closing the LLC loophole and limiting outside income of legislators. [/quote]

I support full transparency and disclosure with serious limits. [/quote]

If Elon Musk became a legislator would we suddenly ask him to stop doing all the things that he is doing to earn him money? That seems kind of silly.

Would it be a problem if he used his position as a legislator to create monopolies and engage in insider contracts? Absolutely.

My concern is not with outside income, but with inappropriate use of government to influence business dealings and when companies create favorable situations for themselves.

Some people call it Chrony Capitalism. I call it insiderism. Whatever you want to call it it’s Politics and Business as Usual in New York and it must be stopped. [/quote]

I voted to limit outside income in relation to the salaries of legislators.  If salaries are low, as they are today, outside income makes sense.  If salaries rise, outside income should be limited accordingly.  Ultimately, I believe in a full-time legislator with little or no outside income.  I think that this would be beneficial to the public by increasing the power of elected legislators in relation to the full-time staff of the legislature who, while perhaps very qualified, do not owe their allegiance to the voters.  It is important to note, however, the part-time legislators, since many have no choice but to continue working at their regular jobs, do bring their day-to-day experience as an employee or business owner to the legislature, which is valuable. [/quote]

First, I vehemently oppose a pay increase. Senators make 80 thousand a year, for part-time work. But next year we will have a 3 billion dollar deficit. If you want money, don’t go into public service. I have called for a 25% pay cut to 60,000 a year, because the median full-time worker in New York barely makes this—for full-time work! I think the legislature should be full-time for what it is paid, although at least being part time they can’t make things worse than they already have. I don’t support a ban on outside income, but I ask the voters to consider who you are putting into office. I will be a full time legislator, if blessed to be elected, and will hold no outside employment. [/quote]

I voted to close the LLC loophole.  There is no reason not to do this. [/quote]

I am a prime cosponsor of a number of bills to fully close the LLC loophole – along with related bills to limit the negative impact of money in politics. [/quote]

Part of ensuring a level playing field for the public and politicians is assuring that all donations to political campaigns are transparent, readily available for public viewing, and not kept secret behind organizations of any kind.

No one should be allowed to circumvent contribution limits and disclosure requirements. The Brennan Center for Justice has done excellent work on this front and I would be a fierce advocate for transparency. [/quote]