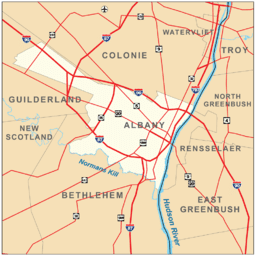 What is the biggest issue you see facing this district and how do you intend to address it?

The biggest issue is absolutely corruption. We can’t afford to be paying $100,000 pensions for life to people who have gone to jail for using their political office for personal gain. It’s unacceptable. No more business and politics as usual!

This is our money! It should be going to vital things like infrastructure that is being left to corrode beneath our feet. I will be a fiercely independent candidate who advocates for environmental protections, education reform, and ethics reform.

If you give me your vote on November 8th, I will be a fiercely independent advocate for these things. [/quote]

The biggest issue facing our district is absentee representation and this has had a trickle down impact on all of the issues I have taken up in my campaign. A failing infrastructure, roads that swallow cars, neighborhoods without water for weeks, rising crime, rising drug use, escalating insurance costs, lack of quality jobs, a terrible climate for small businesses. Much of this could be alleviated if, like I will do, the next state senator spends the entire term fighting for the constituency, not just the ones donating to your political coffers, or who support ‘party’ principles. The people of this district have been screwed over, to put it bluntly. But I will be the most accessible, most transparent senator in state history. A 21st century senator, who will return every call, every email personally, and who will explain every single vote I make on social media/Facebook.

Bottom line? The biggest issue facing us is the question of whether we want more of the same like we have had for 20 years, with all of the problems, or are we ready to try something new, someone who doesn’t care if it’s a Democrat or Republican idea, but will fight for the right ideas that actually help the district? If it’s the former, don’t vote for me, there is no reason to. But if you are fed up with the corruption, the political scum, while taxes go up and up and you get poor and poorer with nothing to show for it, then you should vote for me. I intend to address our problems by actually representing you, because you deserve better. [/quote]

Continuing to promote and fund an economic environment where real job creation and retention continues, while protecting the environment, improving the quality of life for families and seniors, and ensuring our children are afforded a quality education to keep our region globally competitive. [/quote]

I represent a very middle class district.  My district faces the same major problem the middle class is facing in this state and this nation.  In 1980, before we decided to unleash Wall Street, the top 1 percent of income earners earned 11.9 percent of the income statewide; today that same top 1 percent earns 30.2 percent.  In the last 35 years, the top 1 percent has earned tremendous returns.  It is not unreasonable to ask that group to give more back to the public in terms of job creation, both through public and private investment.  That is why I support reinstating the stock transfer tax and increasing the income tax on the top 1 percent.  Their earnings do not trickle down to the middle class, which has been losing ground, unless government is prepared to cause that to happen.  In addition to income issues, it is equally true that the high cost of healthcare and college education, as well as the loss of pensions, have been hurting the middle class.  [/quote]

Making sure our schools receive the education aid they need to assist our students and teachers is a top priority of mine, along with trying to find ways to make health care more affordable, reducing taxes for working families, investing in our infrastructure while building upon our regions economic successes. [/quote]