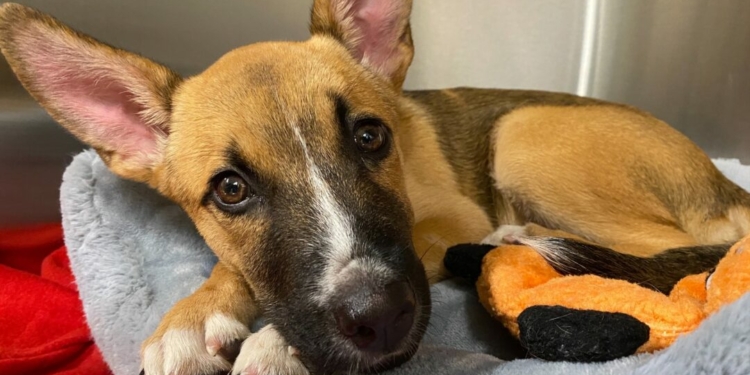 MENANDS — A badly abused puppy is recovering at the Mohawk Hudson Humane Society.

The dog, Asha, is between 10 and 14 weeks old. It had fractures and bruises in various states of healing, a sign that the abuse happened over a period of time, according the MHHS. It was brought to the shelter on Thursday, Aug. 11.

The saga began when Schenectady police alerted to potential animal abuse and arrived at the scene on Tuesday, Aug. 9 to found Asha severely injured and unable to stand on her own. Officers called animal control and the dog was taken to an emergency vet.

The dog is now stable and at MHHS, but will require intensive care.

The case is ongoing with known person(s) of interest.

The police department is providing $1,000 to help with the dog’s emergency veterinary care.

Animals who sustain these types of injuries require extensive and costly care. If you would like to support Asha or the dozens of pets like her currently in MHHS, go to mohawkhumane.org/asha.