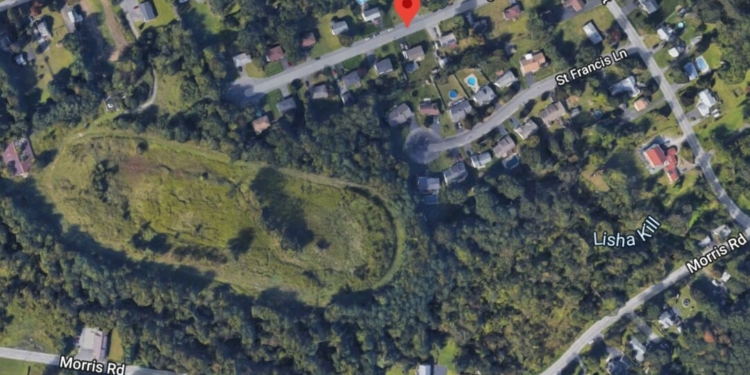 COLONIE — A 15-unit subdivision on 14.2 acres was proposed for Morris Road at the Planning Board’s last meeting.

The plan, introduced by Nick Costa, of Advanced Engineering and Surveying on behalf of the applicant, Gregg Meyer, is actually at the end of a cul de sac on St. Thomas Lane and would connect to another cul de sac on St. Francis Lane.

Costa said there was an application to develop the land, which is zoned Single Family Residential, in 2001 and it was approved for 22 lots.

This proposal is a conservation subdivision, which allows for smaller lots but conserves more greenspace.

He said 12 of the new homes would be built on a new street and three would be at the end of St. Thomas Lane.

The town’s zoning regulations have changed since 2001, and Costa said a traditional subdivision layout on the site now would allow for 18 lots.

The land was once used as a horse farm.

There was some discussion on stormwater management and any additional water being channeled into the Lisha Kill. There is also a privately owned dam located near the proposed development that is inspected and overseen by the state Department of Environmental Conservation.

“If the plan is taking water and putting it into the Lisha Kill in the area of that dam, we think you will have to determine what is going on with that dam,” said Planning Board Chairman Steven Heider. “The water flowing through there, and this was a week after a rain storm, is still flowing rapidly.”

Planning Board member Craig Shamlian said he thought there were too many lots proposed and recommended the development be reduced by one to make the other lots larger and more in line with the adjacent neighborhoods.

The plan was introduced as a sketch plan review and will need to come back before the board at least twice more before construction can begin.