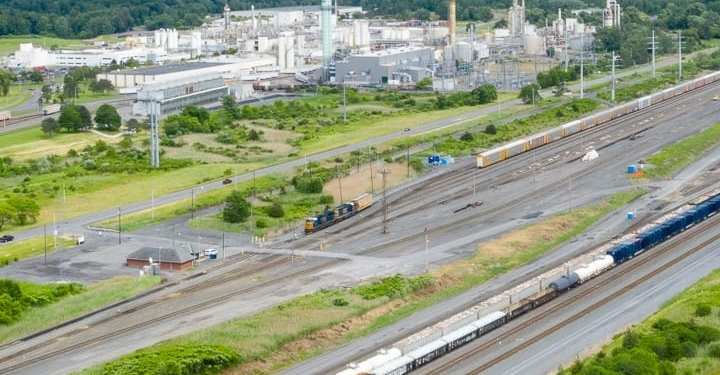 ALBANY — The state Climate Action Council announced 10 hearings across New York to hear public comment on the draft scoping plan that’s intended to target the reduction of greenhouse gases as guidelines under the Climate Leadership and Community Protection Act.

Then-Gov. Andrew Cuomo signed CLCPA into law in July 2019, committing the state to reduce carbon emissions to 40 percent below those of 1990 levels by 2030. It follows by further mandating levels to be reduced to 85 percent below 1990 levels by 2050. To reach net-zero emissions, the law calls on such acts as planting trees to offset the remaining 15 percent.

The law, which created the council, charged it with developing a scoping plan of recommendations to meet these targets. Part of that plan includes targeting 70 percent of its electricity from renewable sources, such as wind and solar, by 2030. It’s also required to maximize reductions in disadvantaged communities.

Defining those communities relies on a criterion of factors that includes public health, environmental hazards and socioeconomic factors. It’s a means of climate justice as certain socioeconomic groups are perceived to have been more harmed by pollution and climate change in relation to more affluent areas.

“Along with this draft criteria for disadvantaged communities, I encourage the public to review the Climate Action Council’s draft scoping plan and participate in the public hearings to shape the final product as we work to implement a bold climate agenda,” said Doreen M. Harris, New York State Energy Research Development Authority President and CEO, and Climate Action Council Co-Chair. “These efforts are clearly and mindfully incorporating climate justice at its core to deliver opportunities and improved quality of life to under-resourced areas across New York State.”

The Climate Justice Working Group, a subcommittee of the council, released an interactive map that establishes what communities need targeting under state criteria. Ravena and Bethlehem are named along with parts of Albany, Schenectady, Troy, Cohoes and Rensselaer.

By default, the map distinguishes disadvantaged communities in a plum color. A click on an individual area reveals two bar graphs, the first of which lists population characteristics and vulnerability. From here, the selected community is viewed as how it compares to nearly 5,000 others on bases of race, income, housing and health. The second graph covers environmental burden and climate change risk.

A swath of purple covers a part of Bethlehem, covering Glenmont, Selkirk and Cedar Hill, from the Albany City Line to the Town of Coeymans. Other than ranking above the 75th percentile under percentage of adults 65 or older (78) and percentage with disability (87), the community of 3,088 falls under a relatively low population vulnerability (22 percent).

Those numbers increase under environmental burden where the state ranks the community higher than 99 percent than the rest of the state. Numbers are particularly high, at or above the 75th percentile, in seven subcategories; scrap metal processing (75), agricultural land use (75), inland flooding risk (79), wastewater discharge (83), driving time to urgent care (86), regulated chemical sites (96) and diesel traffic (96).

The Village of Ravena falls at 24 percent under population vulnerability and 94 percent under environmental burden; the highest of its factors include industrial manufacturing/mining (96), driving time to urgent care (97) and scrap metal processing (98).

Once identified, disadvantaged communities would receive at least 35 percent of the overall benefits of spending on clean energy and energy efficiency programs. This would include such things as preferential placement of projects, employment programs and additional investments. One such example includes installing monitoring programs that would address air quality problems as they arise.

Bethlehem Town Supervisor David VanLuven said he welcomes any resources the state can share to help his town.

“Climate change affects everyone in every community, but not everyone has access to resources to deal with new challenges or to take advantage of emerging opportunities,” he said. Bethlehem Town Supervisor David VanLuven. “Our community has a wide range of incomes and many would benefit from the support. I also appreciate the state’s commitment to ensuring equitable distribution of resources and opportunities in Bethlehem and our neighboring communities.”

The council released its draft scoping plan on Jan. 1. It can be viewed at https://climate.ny.gov/. Public comments will be received through June 10. A public hearing is called for Thursday, April 14, at 4 p.m. at the Empire State Plaza.