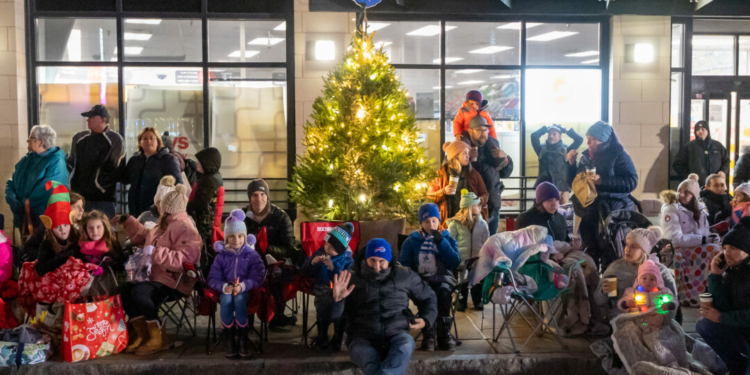 A crowd gathers for the Schenectady Holiday Parade on Saturday, Nov. 20. (Jim Franco/spotlightnews.com

LOUDONVILLE — More people are excited about the holiday season this year than last, but that doesn’t mean they are going to be spending any more money on gifts.

According to a poll released by Siena College Research Institute, two thirds of New Yorkers are somewhat or very excited about this year’s season, up from 59 percent last year, when COVID put a damper on everything.

In positive news for bricks and mortar retailers, fewer people are planning on shopping online. The poll found 47 percent plan to do at least 50 percent of their shopping online, down from 57 percent last year when people were still on edge about mingling among crowds in fear of COVID. Fifty-two percent are planning to shop more in person than online.

Considering the problems in the supply chain and the steadily increasing prices caused by inflation, 70 percent of those buying gifts have already begun or are planning to begin shopping earlier than usual.

“Belief in Santa and Bitcoin, hmmm, is an odd combo this season but perhaps we’re seeing a changing of the guard,” said SCRI Director, Don Levy. “Belief in Bitcoin’s legitimacy is highest among younger consumers and lowest among those age 65 and above while saying I believe in Santa is most difficult for those 18-34 years of age to express.”

“Needless to say, it’s been a rough year. Most New Yorkers are hopeful that 2022 will be a better year than 2021 has been,” Levy said. “Here’s hoping they’re right.”

The SCRI Holiday Spending Plan poll was conducted Nov. 8 to Nov. 16 by calling 395 random New Yorkers and 400 online surveys. It carries a margin of error of +/- 3.8 percent.