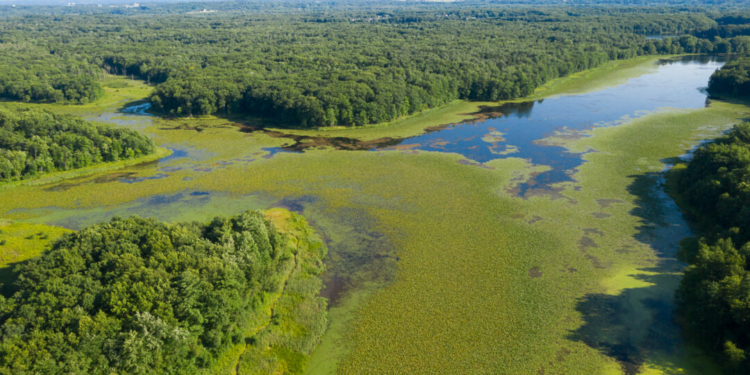 COLONIE — The town withdrew a Request for Proposal related to the sale of the Stony Creek Reservoir in Clifton Park, at least temporarily, in order to remove or amend state regulations to allow the nearly 1,000-acre site be used for something besides just a source of drinking water.

“The Town of Colonie fully intends to pursue removal or amendment of the said regulations during this suspension period,” said Douglas Sippel, the town’s general services director. “The Town of Colonie will publish and post as required by law a notification that it intends to proceed with the Request for Proposals when the restrictive regulations have been removed or amended to the Town’s satisfaction.”

The RFP, with a minimum bid of $5.1 million, was issued in April and initially returnable on June 4 but was extended to Aug. 6. The town did not receive any bids before it was withdrawn for modification, Sippel said.

At issue is state Department of Health directive that prohibits any type of passive recreation — like swimming, boating, fishing or hiking — on the nearly 600 acres of land and the 365 acres of water.

The town is in discussion with the Department of Health to rescind or modify the regulations but, as with anything related to state government, it will take some time.

This is the second time the town has put the pristine acreage on the block.

In 2009 the town, while it was scrambling to close a deficit and desperately hurting for cash flow, wanted to sell the land to Clifton Park for $8.7 million but retain the water rights as a backup to its main source of water, the Mohawk River. Clifton Park offered $3.2 million and negotiations fell apart.

Clifton Park is again expressing an interest in acquiring the largest natural, undeveloped piece of land in town. A petition started by the Friends of Clifton Park Open Space in support of purchasing the reservoir has more than 3,000 signatures.

“The Stony Creek Reservoir provides wonderful ecological benefits as protective wetlands, flood barriers, fresh air and forest reserves, important habitat for fish and fowl as well as extended grounds for breeding and migratory birds,” according to the petition. “Its proximity to the Vischer Ferry Nature Preserve only expands its value as a complement to that highly popular Clifton Park get-away.

“The Stony Creek Reservoir has potential to provide a wide variety of public open space uses including hiking, passive recreation and non-motorized use of the waterways and extension of the existing trails systems.”

Phil Barrett, the Clifton Park supervisor, said the full market value of the property is $2.9 million. He said his town is working with the Open Space Institute, a non-profit based in Albany that has worked to protect some 151,000 acres of open space, to purchase the property and is open to a deal that would allow Colonie to maintain water rights or purchase the entire property outright.

John Frazer, superintendent of the Latham Water District, said the Stony Creek is obsolete as a source of water thanks, in large part, to a recent interconnect with the City of Albany. Unlike water from Albany, Stony Creek water is untreated and would have to get pumped from Clifton Park under the Mohawk River to Niskayuna, up River Road, up Onderdunk Road and run through the treatment process before it gets to the pipes and ultimately users’ taps. Water from Albany would require turning a valve.

Even before the interconnect with Albany was operational in 2019, the town has not tapped into the Stony Creek for water since 2004. Yet, it maintains the dam and the infrastructure at a cost of some $224,000 a year.

For decades the main sources of water for Colonie residents are the Mohawk River and five wells along Onderdunk. The plant has the capacity to treat 30 million gallons of water per day while average daily usage is about 10 million gallons per day with spikes occurring in the dryer summer months. Last year, the highest daily total came towards the end of June with 23.2 million gallons used in one day.

Should something happen to the town’s two primary sources of water or the treatment plant at the end of Onderdunk, the interconnect with Albany has the capacity to supply the town with 12.4 million gallons a day. As of yet, the town has not had to tap into Albany’s water but the city did use Colonie water twice.

Frazer said previously, the worst drought over the past 50 years came in the 1960s and the Mohawk River was able to keep up with Colonie’s demand. The town, he said, is permitted to pipe about six million gallons per day from the reservoir with one million gallons required to go downstream. It is less than half of what the Albany interconnect could provide but he did say the city is not required to supply water and the town is not required to supply water to the city.

If Stony Creek is sold, the money generated and the money saved in operational costs, could be spent on other needed infrastructure improvements across the district. As per state law, the money will stay in the Latham Water District rather than the town’s general fund. For example, of the 437 miles of pipe, about 60 percent is old cast iron installed prior to 1976, Frazer said, and as the pipes age, they become more susceptible breaks.

When the RFP was issued in April, a number of unfounded conspiracy theories followed on social media including accusations of backroom deals, the intentional hiding of information, secretly holding out for the commercial developer with the deepest pockets and at the same time putting it on the market now to benefit a favored developer.

There was not the same public outcry 12 years ago. Though, not much has changed with except the formation of a grassroots group SAVE Colonie, a Partnership for Planning. Members of that group have been driving opposition to the proposed sale and during an April public presentation, were the only ones who spoke or asked questions.

In April, Supervisor Paula Mahan said the process, including a relaxation of passive recreation regulations, would take 18 months to two years to complete and nothing would be done before then. By that time, there will be a new administration with Mahan  retiring — and Republican Peter Crummey and Democrat Kelly Mateja running for her spot  — and three of the six Town Board seats are up.

To sell or not to sell has become a political issue heading into November’s general election but as of right now, there is not an official proposal on the table and if the land is sold to Clifton Park it appears likely Colonie will retain water rights.