HEALTH and FITNESS: Tying together the words of Confucius and running a 5K 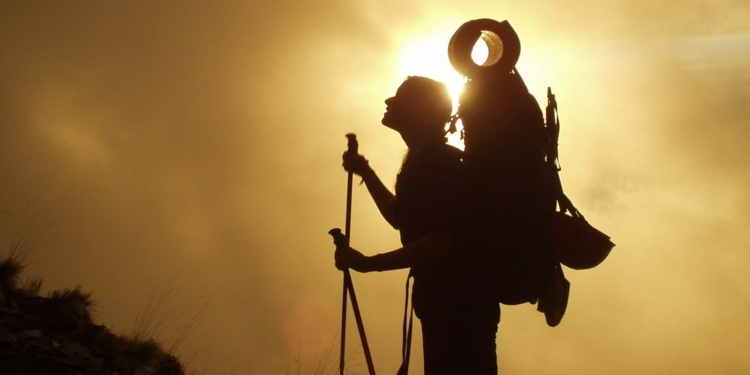 From time to time, our center does group outings together and recently we decided to support the wonderful people at Saratoga Bridges and participate in the Great Pumpkin Challenge in Saratoga.

It was a great event for all of the our members who participated. In particular, a couple chose the event to run their first 5K.  While that may not be a big deal to many of you, it was something they’ll never forget. You see, for them, it was as big a challenge as climbing Mount Everest. But, climb it they did. The look of accomplishment as they crossed the finish line, and the obvious pride they felt was worthwhile to watch.

Now, speaking as their coach and trainer, this is why I do what I do. I call them “WOW Moments.” Those moments when you overcome your fears, take a risk and achieve things you never thought possible. Most people will go through life never achieving their dreams. Why is that? Because they aren’t willing to take the risk to reach them.

For many, its that fear of failure. What if I don’t make it? What if I put in all the effort, but don’t get the job done? Those ‘What Ifs” paralyze people. They’ll invest so much energy in the what if, they don’t have the strength to get past it.

I get it. It’s not easy. But, it’s not as hard as we often make ourselves believe.

We will all face struggles in life. The hardest thing for most people is not getting past them but actually acknowledging they are there. We want to bury our heads in the sand and hope they’ll just go away if we ignore them. Rarely do they. That refusing to face those issues takes energy. LOTS OF ENERGY.

Living in denial and fear saps us in so many ways and has a huge detrimental effect on our health. Acknowledging that we aren’t perfect is a hard concept to deal with. Many of us never allow ourselves the permission to be imperfect which leads to that paralyzing fear of failure that many of us deal with.

Acknowledging that struggle is just one step in the process. The next is how to overcome it.

My friends, its not easy. Very few can just flip the switch. Yet, that’s exactly how most people approach it. I call it the “all or nothing” approach. I’m going full bore, at it 110 percent, until I overcome it. The problem is, as we mentioned, you will never be able to fully overcome it.

Life will inevitably get in the way, and when it does, the act of doing nothing will win out. Our original self doubt comes back, we give up and  never try anything again.

Using fitness as an example, think about how many times you’ve been gung-ho to try a new diet. Maybe you had some success, too. But, that inevitable day comes along when you “slip up.” Next thing you know, you’re beating yourself up for not sticking to it and you give up. Conversely, if we acknowledge we are human and give ourselves the O.K. to have that slip up, we can commit to getting right back on track. Inevitably, we’ll have success.

Now, translate that to other things in life. Maybe there was that dream job you wanted but didn’t apply for because you didn’t think you could get it. Or, perhaps there was that perfect guy or girl for you that you were afraid to approach because he or she might reject you. We’ve all been there. Guess what? You didn’t get that job or that guy or girl did you? Why?

Because you never took the chance. Your lack of action assured yourself of failure. That my friends is the reality you need to face. Not trying is guaranteeing you to fail.

In my experience, the best way to approach it is with baby steps. Instead of trying to overcome every fear or challenge, pick one.

It doesn’t have to be the biggest one. It could be the smallest one of all. The old saying “A journey of a thousand miles begins with a single step.” Get the ball rolling and build up the momentum to tackle the next challenge. Whatever that step may be, take it. Otherwise, the only way to truly fail at anything is to not try.

That’s what made this 5K race in Saratoga so amazing. I watched as a member of our fitness family muster the strength to overcome self-doubt, and toed the starting line after having signed up for many such races before, yet never followed through. Not only did she start the race, she finished it; beating her goal time by several minutes.

She wasn’t alone. Many members of our fitness family achieved personal bests. With it came joy, a feeling of success and perhaps, most importantly, confidence in themselves to overcome their fears and achieve their dreams.

You just have to TRY.

That’s what it’s all about. They took the risk, overcame their fear and just decided to GO FOR IT.

In the process achieved dreams they never thought possible. If they can do it SO CAN YOU!

How about you? Are you ready to achieve your wildest dreams?

Inside ‘All the President’s Men’