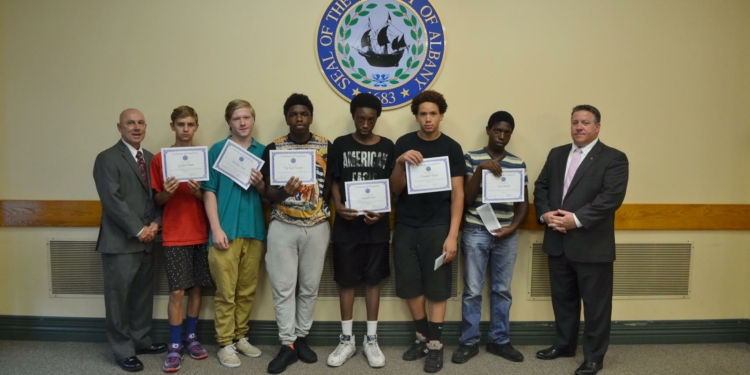 ALBANY COUNTY – On Tuesday, August 16, six teens graduated from a training and classroom program geared toward at-risk youth offenders, becoming the third class to graduate from the unique program known as Project Growth–and the first to benefit from a recently announced partnership between Albany County and local trade unions. Under the restorative justice program run through the county, graduates completed four weeks of classroom learning and practical hands-on training with trade union workers, after which they received stipends for their work to help pay restitution to the victims of their crimes.

“This program can really help our kids get back on track and deter them from re-offense,” said County Executive Dan McCoy last month, when announcing the participation of unions in Project Growth. “It will help them learn from their mistakes and guide them in the right direction.”