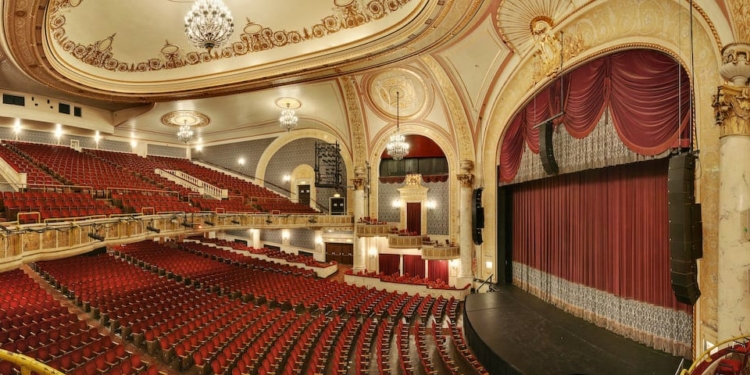 GREAT BARRINGTON, Vt. — For those short of time, a Tweet-size review for you:  see [email protected] now, before prices quadruple when it’s remounted on Broadway.

For those who just want the highlights, key lines, images, reactions:

Beowulf Borritt’s brilliant set design evokes Dr. Seuss on the high seas in Act I then creates a moonlight Seussian Downton Abbey for Act II, all with a Disney “Pirates of the Caribbean” wooden ship deck thrusting vigorously into the audience, splitting the space in two to enable those cheeky pirates of the title to launch sneaky attacks from the rear, frequently.  Or to be well hung above the audience before they slide slyly down thick coils of rope from the mizzen mast to plunder booty and laughter below.

Broadway star Will Swenson was born to play the Pirate King.  And he is having so much fun and creates so much joy singing and acting and improv’ing with the audience (buy a seat on the stage and bring a picnic: you can thank me later) that Barrington Stage Company shouldn’t pay him: he’d make more money passing his pirate captain’s hat with its large feathers around the audience.

The Major General’s chorus of daughters may be the comeliest and most talented score of “young blondes and brunettes, all between 16 and 19 and half” to appear outside of Castle Anthrax to ever say on-stage in that come hither pitch, “take off our shoes and stockings and paddle.”  The Pirates don’t really have any more chance against them than Sir Galahad had.

So assured is David Garrison as the Major General that I’d wager if someone challenged him during a performance to sing “I Am the Very Model of a Modern Major-General” patter song backwards, he’d be up to the matter and do it.  Try it.

Britain can send all its star singers to the Berkshires if they can delight and dazzle with the charm and grace of blonde nightingale Scarlett Strallen: her solo, “Sorry Her Lot” (plundered from G&S’s “HMS PINAFORE”) may make you want to enlist into the Royal Navy.

“Tarantara” to you Sergeant (a gleeful Alex Gibson) and your merry Bobbies. “They remind me of Cossacks” a woman in the audience exclaimed above the laughter they engender.

Pirates meowing in the audience, then the stage bursts with more color and life than the Fourth of July fireworks when Bobbies and Pirates clash; club, rapiers, and white gloves abound.  Tarantara!

These lines in context created gales of laughter: “Oh, it’’s you,” “these grapes aren’t real,” “let me give you a hand,” “strategy…satergee,” “Keep the aisles clear,” “that is not a pleasant way of putting it,” “I think she got cast in CATS on Broadway.”  Keep a weather-eye for them.

Finally, for those of you who believe it’s a small world after-all, Will Swenson’s wife, the multi-talented Audra McDonald, played Lady Percy in a production of “Henry IV” at Lincoln Center which starred Kevin Kline as Falstaff.  Kline played the Pirate King in the original 1980 NY Shakespeare Festival production.  Swenson should be crowned the King of the Pirate Kings.