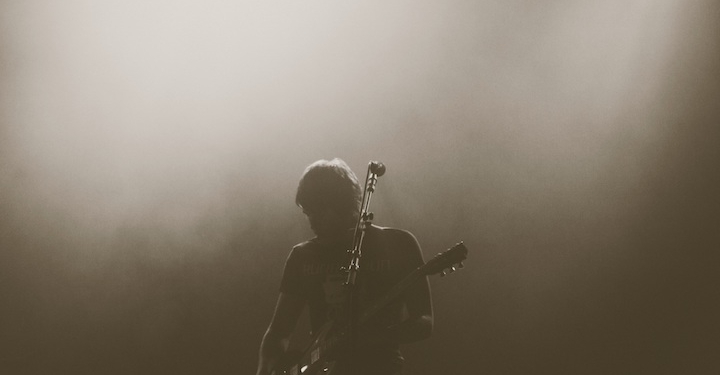 WATERFORD — Yet another spotlight has fired up to shine upon the local music scene with the recent announcement of a new award ceremony established through the joint effort of two entities who know the scene.

RadioradioX.com and Mirth Films announced they will host the 2022 Listen Up Music Awards, a collaborative effort to bring more attention to a local music scene that has garnered a lot of attention over recent years.

RadioradioX founder Art Fredette said it was an idea he’s been kicking around, drawing inspiration from his daughter with whom he’d watch the Nickelodeon Kids’ Choice Awards. The format between the two is similar. Votes are collected in a free form devoid of nominees. And, instead of each category winner being labeled as the “best,” they are known as the “favorite.”

“She loves award shows,” he said. “And they’re boring. So I got to thinking about this and thought, I’d love to do a Nickelodeon Kids’ Choice-type thing and just give it a shot.”

It culminates with a ceremony on Friday, June 17, at Lark Hall in Albany. The local media groups market it as an informal, “laid-back show” that’s promised to showcase a variety of talent from the Capital District, some of whom are likely to be nominated for an award.

The collection of 27 different categories hints at a fun-natured atmosphere that will recognize the public’s favorite cover band, solo artist and musicians of various genres. Other picks dig deeper into the fan base’s knowledge of the scene. One choice invokes the area’s love for Grateful Dead cover bands, while other categories name who is “Most likely to fall off stage,” or “Most likely to owe the club money after a show.”

“What the hell? It’s fun to have local bands come together, have a beer blast and give out some awards,” Fredette said from his radio studio.

Fredette paired with Mirth Film’s owner Frank Cavone, dropped word of the award show on April 4, opening the voting process to the public to nominate their favorites. (The selection process closed Tuesday.) The two media entities have each emerged from the tail end of the COVID-19 pandemic, surviving strong after crippling shutdowns and a muted music scene.

Through the 18-months in which New York state closed stages, Mirth Film’s continued to help cast eyes on local venues. Cavone worked with the Palace Theatre to establish virtual shows featuring performances from popular bands. Wild Adriatic, Annie in the Water, Moriah Formica and more were showcased in imaginative settings from within the historic theater. He recorded and broadcasted similar shows with Lark Hall called “Practice Sessions.”

RadioradioX.com continues to broadcast its internet radio shows from its Waterford studio. This July will mark its fourth year on the air. The non-stop transmission features music from a wide reach of both genres and eras, including a particular focus on material from the 518. With many of the local artists recording songs independently from their homes, Fredette said he received a deluge of tracks during the pandemic — all of which he’s played.

Fredette sees the Capital District shedding away the inferiority complex it once upheld that prompted many to embrace the “Smallbany” moniker. People still want to embrace it, he said, but it’s been gone for a while now.

“If you look at the young bands and what’s going on in the younger scene around here,” he said, “it’s amazing. There’s so much energy. So much good, positive stuff going on. So, there’s a lot of hope.”

News broke just weeks prior to The Capital Region Thomas Edison Music Awards at Proctors on Sunday, April 24. In which, Cavone is nominated for Best Photographer of the Year. Fredette is in the running for Radio DJ of the Year, while both his radio station and Xperience Monthly magazine are vying for best station and arts publication, respectively. Fredette refutes that announcing their burgeoning awards show was an attempt to overshadow the Proctors Collaborative ceremony.

“We were kind of inspired by the Eddies,” he said. “They do such a great job. We view them like the Oscars. It’s high profile. It’s done to the T. I’m not capable of that. … They inspired me to do something a little more low brow, just a neighborhood trying to have a good time.”